Kim Kardashian Instagrams A Photo Taken Off Of Google For...

by Kevin Park 9 years ago6 months ago

Last week, the Kardashian family stayed in Phuket, Thailand while Kim filmed her popular television show, Keeping Up With The Kardashians. The reality TV show focuses on the personal and professional lives of the Kardashian/Jenner family. The show first premiered in October of 2007 and is currently on its 9th season.

When it was time to leave, Kim wanted to thank the country for its hospitality and posted a picture of a beautiful beach onto her Instagram, with the comment:

“Thank you for the beautiful memories Thailand”

This is when many of her followers began to notice that the photo was actually ripped directly off of Google. They commented on the photo, asserting that she had simply saved and re-uploaded the photo.

In fact many users even searched up the specific photo and found that it came from Science Lakes, a site that posts free downloadable wallpapers. The image of the beach had been uploaded by the user, Kasuwell, well over a year ago. 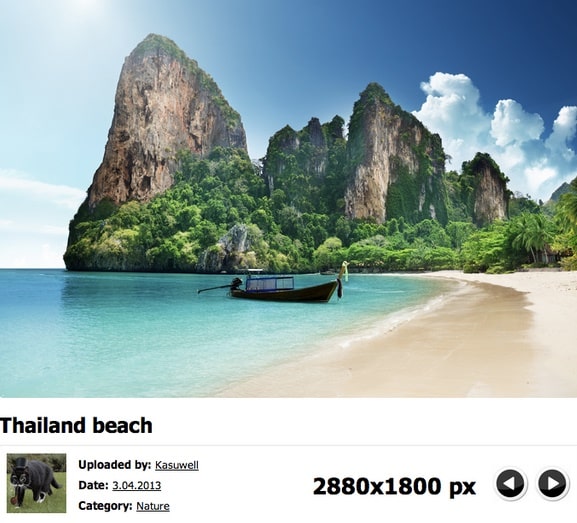 Her fans are beginning to question her motive behind this move. If Kim Kardashian really went to Thailand, why would she choose a random photo taken from the Internet to depict her experience there? Why didn’t she just use a real photo from her trip?