by Kevin Park 9 years ago9 months ago

The popular and well-known lock screen replacement app for Android, Cover, has officially been purchased by Twitter. The application has been available on the Google Play store since last December and has proven to be a hit with a 4.4 overall stars rating on the site. 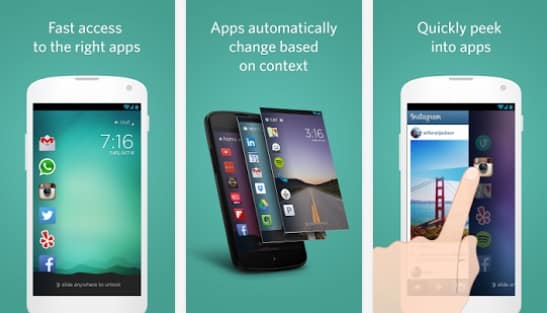 The new lock screen app provides many features such as easier access to apps, a peek feature to peek into apps right from the lock screen, and an app switching tool with insane speed.

In a review of the app, The Verge commented that:

“Performance is impressive; scrolling is smooth, the app is quick and responsive.”

The Cover Team posted on the Cover site, acknowledging the sale of the application to Twitter and stated that the app will remain on the Google Play store. However, the post did not say what Twitter has in plan for the app in the future. This means that the application will probably stop being developed and updated. Many are even predicting that Twitter could have simply liked the ideas from the Cover app and could have purchased those for their own uses.

The Cover Team also did not state how much they sold the app for but they did post this regarding the sale:

“Twitter, like Cover, believes in the incredible potential of Android. They share our vision that smartphones can be a lot smarter — more useful and more contextual — and together we’re going to make that happen. We’ll be building upon a lot of what makes Cover great, and we’re thrilled to create something even better at Twitter.”