Dappy Gets Hashtag Tattoo To Make Sure He’s ‘Always Trending’

Dappy has a hashtag tattoo.

The musician, who is no stranger to bizarre self promotion, posted a photo of his Twitter tattoo (twattoo?) over the weekend. Why? Well, Dappy said that he wants to make sure that he’s always trending.

Dappy writes: “And by the way, the reason I got a # Tatted on my FACE was simply 2 make sure IT stays trending 4 ever.” 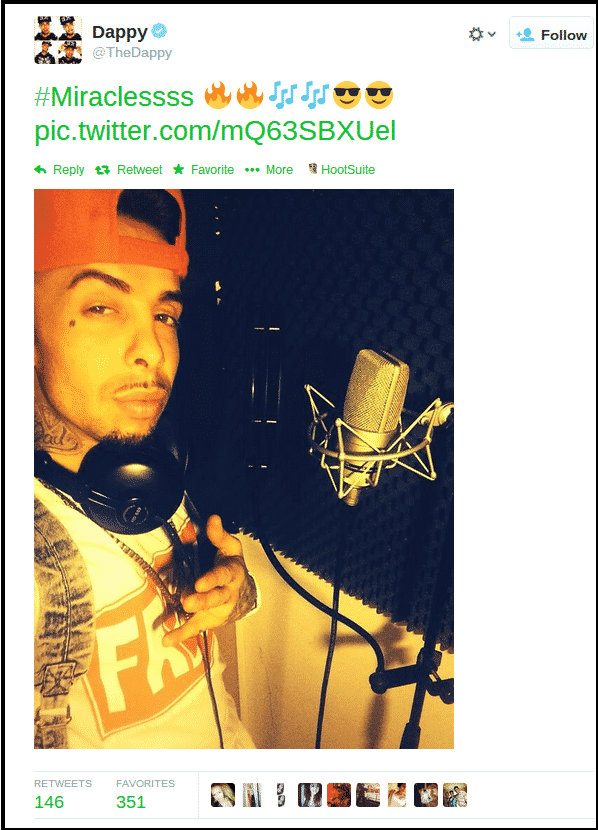 Of course, the only time Dappy is actually trending is when he does something stupid like putting a hashtag tattoo on his face or “leaking” his own nude photo to promote a single.

At the time Dappy said:  “I took a picture of the baby’s arm holding the apple … I made it out as if my girlfriend took it – released it. It went in every newspaper and magazine… and by Sunday I was number one by miles.”

So, congrats Dappy, you’re trending… Kind of. The stunt earned the musician a few news stories but it isn’t doing much to raise his viral profile. It has, however, confirmed the fact that some people will do just about anything to be famous.