Paulina Gretzky Lands ‘Golf Digest’ Cover And Nobody Knows Why

So why is Paulina Gretzky on the cover of Golf Digest? Oh, right, she looks great in tight pants and a sports bra.

This isn’t the first time that Golf Digest has used a beautiful, non-golfing woman for their cover. Kate Upton played Arnold Palmer’s beautiful comedic sidekick on the cover earlier this year. Upton’s cover, however, involved a little more clothing and a golf legend, Arnold Palmer. 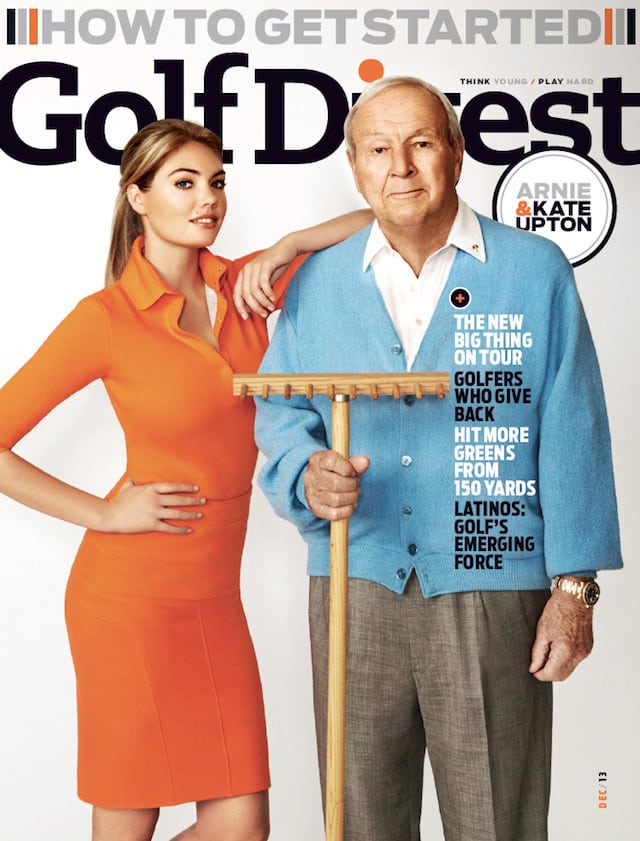 So why is Golf Digest trading in old golfers like Arnold Palmer for beautiful women like Paulina Gretzky? Well, the simple answer is magazine sales. And Paulina’s sexy cover will probably make a few more people pick up the magazine this week.

Of course, that’s not necessarily a good thing.

Stacy Lewis, the No.3 golfer in the world, said: “It’s frustrating for female golfers … It’s the state of where we’ve always been. We don’t get the respect for being the golfers we are. Obviously, Golf Digest is trying to sell magazines, but at the same time you like to see a little respect for the women’s game.”

Such a fun day on set with @TaylorMadeGolf !! Can't wait to see the commercial ❤️ pic.twitter.com/nMJrcFpKbq

Sex sells. It’s that simple. But who is Golf Digest trying to sell to? We already have Maxim and GQ and Playboy and hundreds of other magazines to see sexy women in skimpy clothing. So why Golf Digest? Oh well, the cover is already out. Might as well look at a another photo.