The Twitter “pinned tweets” feature has begun rolling out at no-cost for a select group of high-profile users. The vetted feature allows politicians, musicians, and others, to display a single tweet at the top of their profiles labeled as “promoted.”

The pinned tweets feature is currently being offered free of charge to only a very select group of users. Paying customers also have access to the feature.

The most prominent use of the free pinned tweets feature comes to us from Republican Senator Lindsey Graham of South Carolina. According to his rep, unlike past paid campaigns, his recently post pinned to the top of his account was 100% free. 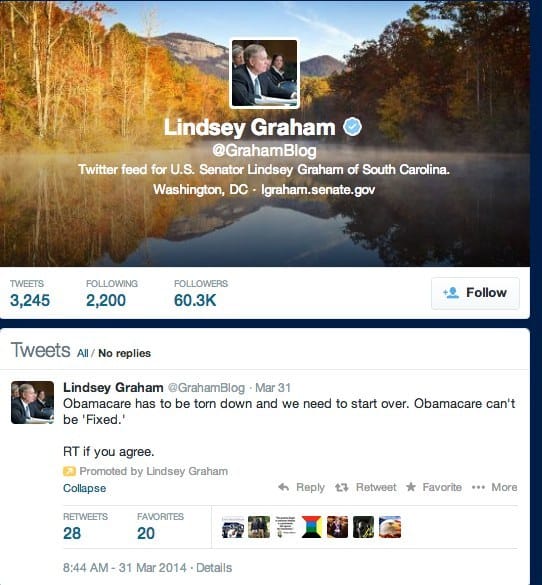 The Twitter pinned tweets feature is located inside a users analytics page, making for easy use of the system for those who desire to use it.

At this time Twitter has only rolled out pinned tweets to the Twitter.com portal. Mobile and TweetDeck users may receive access to the feature in future releases.

As you can see in the screenshot above, the tweet from Graham was clearly listed as “promoted by Lindsey Graham.”

The feature has actually been around for a year but was just recently made available for free through the Twitter partnership system.