Today was a big day for me. I got my first piece of Dogecoin. Sure, I can’t hold it in my hand and I’m still not sure what it does but the point is, I have it. I have Dogecoin. Much wow.

I came upon my virtual windfall thanks to a Twitter campaign from Lock Stock Games. The game developer recently released the IOS game Burning Rubber! and now they are trying to promote. Unfortunately, limited funds prevented the developer from going a more traditional route.

Aristadoge writes on Reddit: “The process of making this game was a disaster, costs spiraling out of control and a development time four times longer than expected. But its finally something I am happy with. Because of the time and money problems I have very little left for promotion (none really). But I do have some Doge.

Lock Stock Games is asking for people to retweet their game announcement. In return, you’ll be tipped 300 Doge. (This isn’t an unlimited promotion. The campaign will end after the company’s 30,000 dogecoin account is exhausted.) 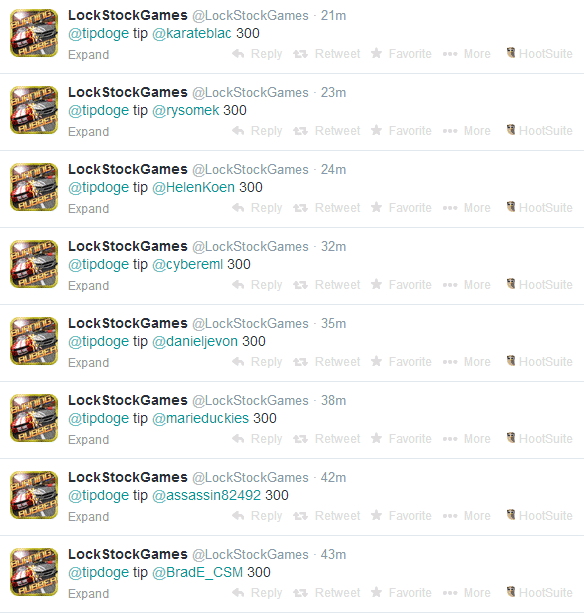