by Duncan Riley 9 years ago8 months ago

The reports of animals fleeing started to surface April 2nd following a series of low level earthquakes in the world famous park March 30th. The park sits on top of the Yellowstone Caldera and Super Volcano, and although not having erupted for 640,000 years, is still an active hotspot.

For those who have never read a Super Volcano thriller (Harry Turtledove’s Super Volcano series is a good read) or studied science, there remains a real danger that the Yellowstone Caldera could explode in the future, although whether that’s tomorrow or 500,000 years from now is something science is yet to answer. 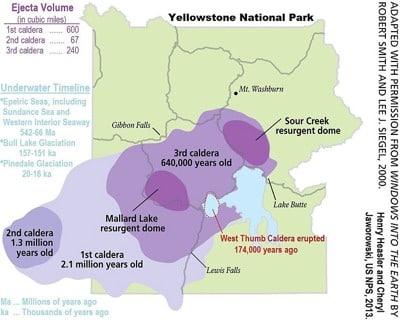 A super volcano eruption in Yellowstone would devastate the United States, killing millions and potentially destroying everything in an arch to the East, South, and South East of the park all the way through to the Midwest.

In most scenarios, and has been proven to an extent by science with recorded volcanic eruptions previously, volcanic events are usually preceded by seismic events.

The actions of the allegedly fleeing animals as a forewarning to disaster also has some ground in science, with evidence that animals can detect patterns in nature preceding events such as earthquakes.

For those interested in reading more about the Yellowstone Caldera, Wikipedia is a good place to start.