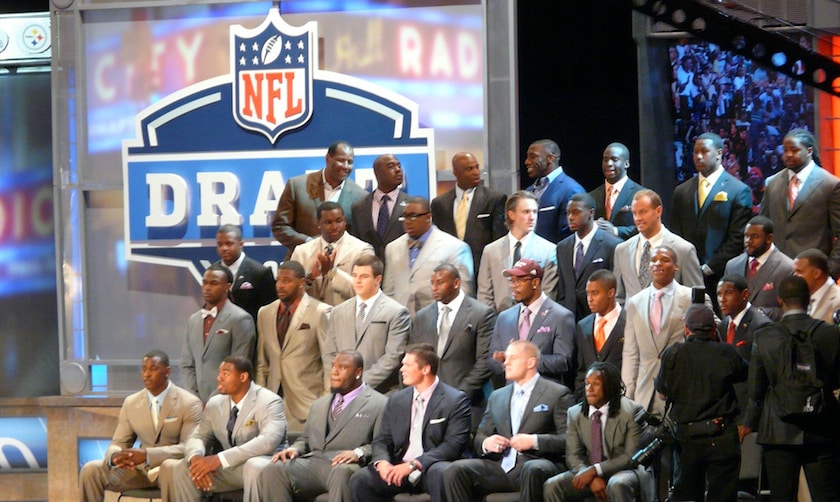 Jadeveon Clowney has a chance to be the number one overall pick in the 2014 NFL draft, but a mixed reaction from his Pro Day didn’t help his cause.

The Houston Texans will pick first in May. They are a team with a number of needs including defensive line, Clowney’s position, and quarterback, Johnny Manziel’s position.

A number of analysts believe Clowney, with his raw ability and unmatched athletic prowess, should go first without second thought. Others believe Clowney lacks the work ethic to make it in the NFL.

Jadeveon Clowney’s Pro Day was a chance for him to prove his naysayers wrong. If you followed his workout on Twitter, you would know that didn’t exactly happen.

Well, Clowney's got confidence, if nothing else. RT @josephperson Should you be the 1st pick? Clowney: "Yes, what you think?"

As you can see, the reaction was pretty split. Fans of the teams picking in the top five are sold on Clowney, as are most analysts, but sports fans in general seem unsure.

What does all this mean for Clowney’s draft stock? Probably nothing. If the Texans want to take him in May they probably will. Same thing goes for Manziel, or even Blake Bortles.

Did Jadeveon Clowney prove anything on his Pro Day then? He proved his hype. He is a very exciting player that draws a very split reaction. It will be interesting to see where he lands in May.

Scott Croker grew up writing short stories and watching sports. It was only fate his two loves would combine into a life of sports writing. He grew up in the great sports city of San Francisco and currently resides in LA, which is just a football team away from being complete. As he has gotten older he has realized that there is not much more in life he needs to be happy than a TV and laptop, although going to games is nice too.