by Ian DeMartino 9 years ago6 months ago

Is it still an April Fool’s prank if it is something actually kind of cool?

April Fool’s Day has officially begun in Japan, and Google is making the biggest “prank” yet, with an apparent partnership with Nintendo.

Google now allows you to “catch” pokemon in its Maps app for both Android and iOS. The features included in the video, showing what would be the world’s best augmented reality game, seem to be a part of an elaborate April Fools Day joke (as is the claim about being hired as Google’s “Pokemon Master”). you can however, find Pokemon in the Google maps app, you can catch them, and they will be added to a pokedex on your phone.

The half prank-half real feature has instantly become a hit and is already trending in America, despite it only being officially announced on Google’s Japanese blog at the moment.

Stepping outside of the “this is a prank” discussion real quick, this obviously took some partnership with Nintendo, unless Google is willing to face a copyright infringement lawsuit from the cash strapped Nintendo. While this is a part of an April Fool’s campaign, it does seem to fall in line with what Nintendo has been talking about lately. Namely, they have discussed using smartphones and tablets to reach gamers but without putting their games on smart devices. Could this be their first attempt at doing that?

Unfortunately, despite what the video below implies, you don’t “catch” the pokemon by traveling to their virtual location physically, this isn’t Pokemon Geocaching, as awesome as that would be. You simply click on the pokemon in your Google maps app in order to “catch” them.

There will be more Social April Fool’s pranks to come, I’m sure.

Oh, and they teased a dual-screen Nexus in the video, as you can see above. A sign of things to come, perhaps? 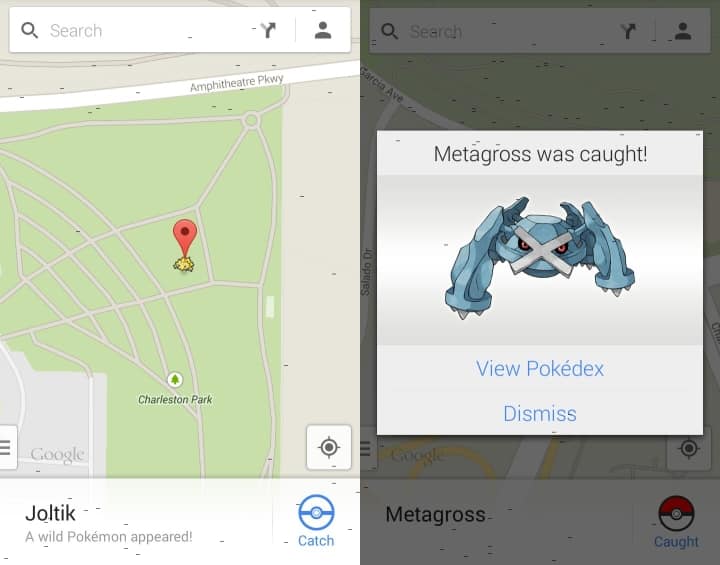