This Is How You Walk Off Your Third Shift At...

Employers, especially employers who feel like their employees are expendable, have an unfortunate tendency to take their employees for granted. This seems like it may have been the case at one gas station, causing an employee to decide he ain’t going to work in Maggie’s gas station no more.

According to the picture and comments that has been making the Reddit and Imgur rounds since it was posted 4 days ago (and really, that is the only thing we have to go off of) an employee was finishing up his third shift when the boss did come in, presumably again. The employee, “Joe” decided that he was going home, even though the boss had not bothered to show up yet. 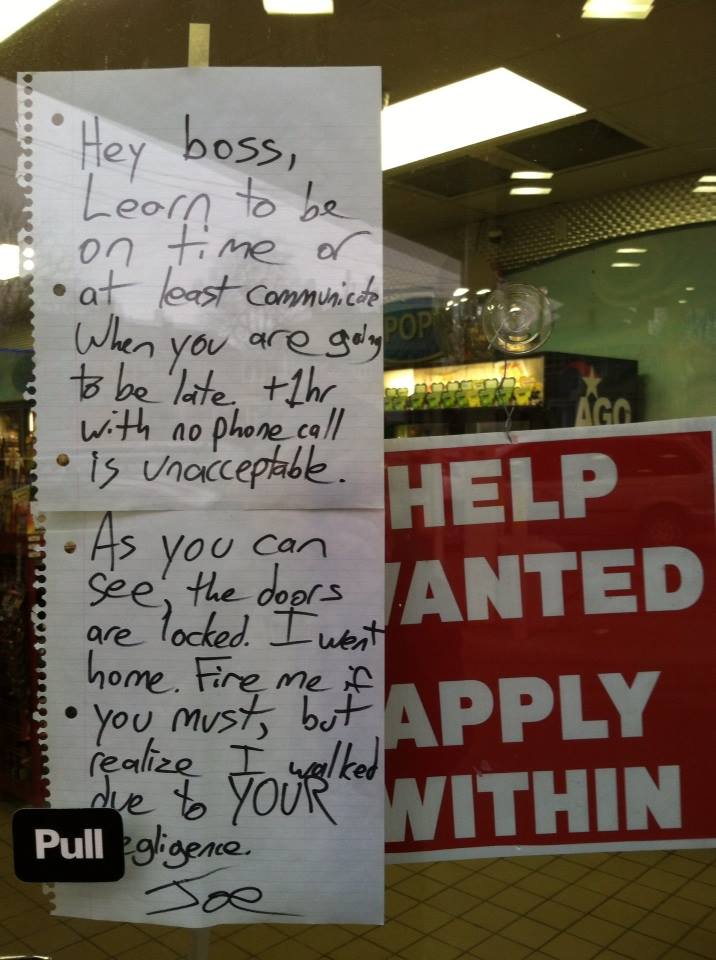 Most of us have had our fair share of shitty bosses, so it is hard not to relate to this employee, regardless of circumstances we aren’t privy to.

So what did really happen? Thanks to the anonymous nature of the internet, it is impossible to tell for sure. We have determined that the gas station is a BP from Grand Rapids, MI. A local news station tracked down the boss and the employee, and while the employee Joe said he wasn’t ready to talk to about the situation the manager said she was an hour and a half late because she “didn’t hear” her alarm clock, and that Joe hadn’t called her asking where she was.

I’ve been fired for less, so I am squarely in the “Team Joe” camp one this one.