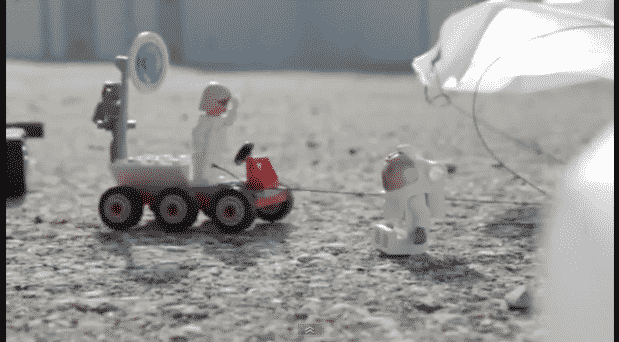 We previously announced that Felix Baumgartner had broken a significant YouTube live stream record with his epic supersonic space jump over the weekend, but why should he get all the views?

Another YouTube video re-enacts the jump at an exact 1:350 scale with a Lego set and what appears to be some kind of empty plastic cleaning solution container standing in for the device that Baumgartner jumped from.

Uploaded by user Stratos Jump, the roughly 2-minute video recreates the space jump with a Lego Felix, who himself also safely lands on the ground below after his parachute successfully deploys. The video has already earned half-a-million views since being published yesterday, and has a long way to go before it touches the real space jump’s 8+ million record.

Still, it’s cute, so check it out! You can also watch the original Felix Baumgartner’s jump video here.

The world is devastated by the news that Britain’s Prince Philip, the Duke of Edinburgh, has died at the age of 99. Palace media confirms that the Duke has expired mid-day today, April 9th. The announcement did not contain any specifics on the cause of death. The United Kingdom will enter a state of national… END_OF_DOCUMENT_TOKEN_TO_BE_REPLACED

Who would have known that religious prophets would be among the most loyal supporters of former President Trump? In fact, it has been observed that the most conservative Christians may have been the right amount of push for Trump’s presidential win back in 2016. Since Trump’s election back in 2016, numerous self-proclaimed “prophets” have been… END_OF_DOCUMENT_TOKEN_TO_BE_REPLACED

President Biden falls and slips multiple times on the Airforce One Steps and PEOPLE ARE GOING CRAZY! What’s the big deal? Some people are hating, while others are making memes just for the fun of it. We are all human, aren’t we? Everyone’s expected to stumble some time in their lives. However, with the internet… END_OF_DOCUMENT_TOKEN_TO_BE_REPLACED