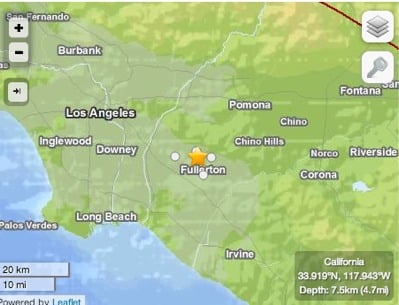 There were no reports of significant damage however users on social media have reported items being shaken off shelves.

CBS LA also reported one case of a local dropping their console remote while playing a game.