As Election Day Draws Near, Twitter Death Threats Pour In...

Secret Service tends to take these things seriously. Though Mitt Romney isn’t the president (we won’t know until November) tons of individuals have received a knock on their door from the FBI over threats against public figures on social media.

Of course, you’re being melodramatic. Most people who air such severe grievances against politicians on social media sites like Twitter are exaggerating, and while the rest probably actually mean it when they say “I’m going to kill Mitt Romney if he becomes president” they’re probably not going to actually try for a multitude of reasons.

Whether or not you actually feel this way is irrelevant, and so is your political party for that matter. Anyone, and I mean anyone, who threatens the life of a public figure on social media sites is asking for trouble. Stick to a safer threat that you don’t intend to follow through with, like “If Mitt Romney wins, I’m moving to Canada.” That one won’t get FBI attention. 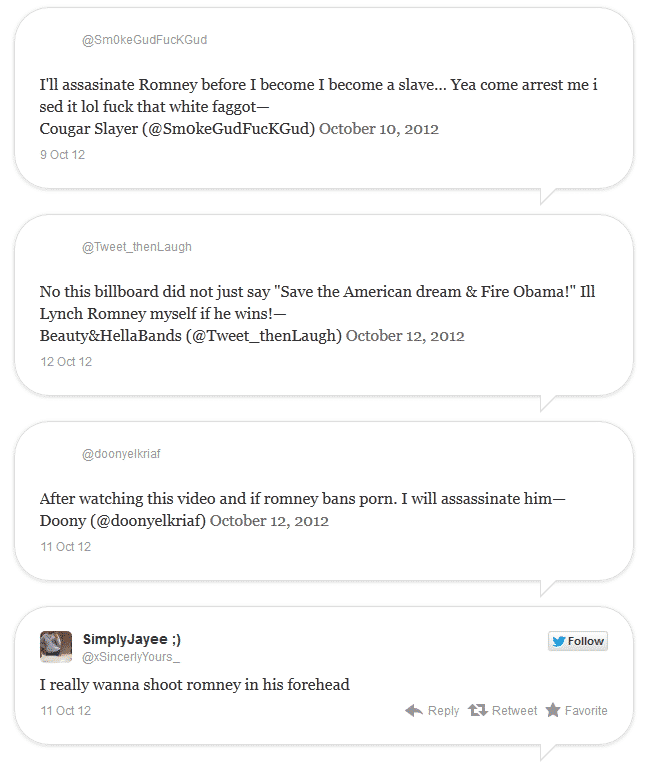 Many of these tweets have since been (wisely) deleted. You can check out more at Twitchy.

Of course, President Obama is hardly immune himself: 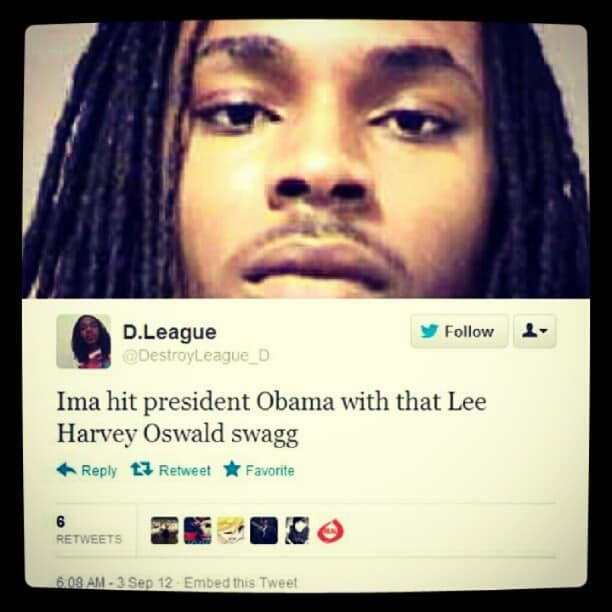