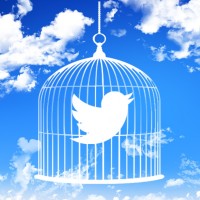 The ban on Twitter that was initiated six days ago by the Turkish government could be coming to an end soon. According to the Hurriyet Daily News, on Wednesday a Turkish court has issued a “stay of execution” on the government’s order. This means that the ban will be withheld until judges have the right opportunity to weigh up the many complaints that have formed around the issue.

This decision can be seen by many as a plus for the many opposing civil rights activists. After the court had made its ruling, Twitter also came forth and confirmed to reporters that they were also one of the parties that filed in a complaint. Twitter then posted on their official blog, commenting on what they have done so far to fight back.

They first reported that the government of Turkey had originally proposed the ban on their site for three reasons. Two of the reasons were related to content that had violated Twitter’s rules, both of which have already been suspended and deleted. They had also ordered Twitter to take down an account, while accusing a former minister of corruption. Twitter showed retaliation on that request and commented:

“This order causes us concern. Political speech is among the most important speech, especially when it concerns possible government corruption. That’s why today we have also petitioned the Turkish court on behalf of our users to reverse this order.”

They have also taken the initiative to activate their Country Withheld Content tool. This was done in order to provide safety to a specific individual. The tool’s purpose is to allow content to be withheld from a specific jurisdiction while possibly remaining visible to everybody else.