Facebook gives images and videos priority in the News Feed, so it’s really no surprise that over 50 percent of Facebook page posts include photos.

The stat comes from social media analytics company Quintly, who analyzed around 49 million posts across 72,194 Facebook pages from January 1, 2013 to January 31, 2014. 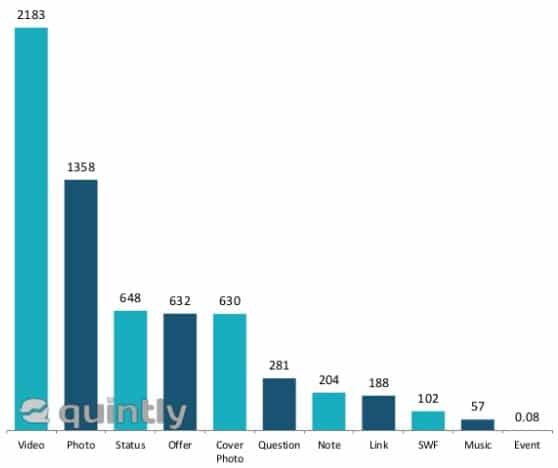 Photos and link shares saw an increase in the Summer months of 2013 while video sharing saw a decline starting in July 2013. 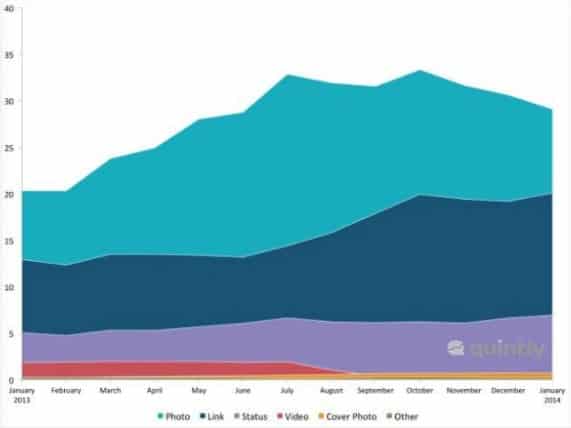 Starting in June 2013, average interactions on video posts skyrocketed, surpassing 5,000 in November, but soon dropped off to where it is as of January 2014. 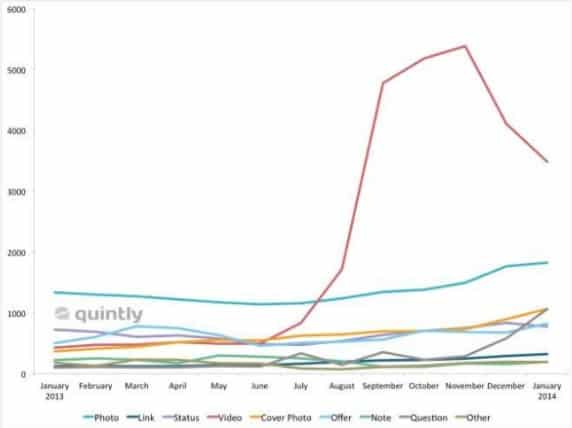 “All in all it becomes clear that visual content items like photos and videos are generating the most interactions on average. But different from photo posts, video and cover photo posts only took a small proportion of the total posting volume for the analyzed data period.”

As far as why videos get so much interaction on Facebook pages, Quintly says there’s no “simple explanation,” and suggests there could have been changes that went unannounced.