Povio is a photo sharing app that lets you see what your friends are up to by pinging them and getting a real-time point of view photo. They can then ping you back.

The startup that describes itself as ‘photo ping-pong’ is now joining Y Combinator’s Winter batch. It will receive $20k in funding, and 3 months of mentoring in return for 7% equity.

Povio is unique because instead of pushing out photos to a news feed, it allows you to find your friends on Facebook who also have the app and ping them individually. Your friends will get a request that lets them snap a photo and reply to you. 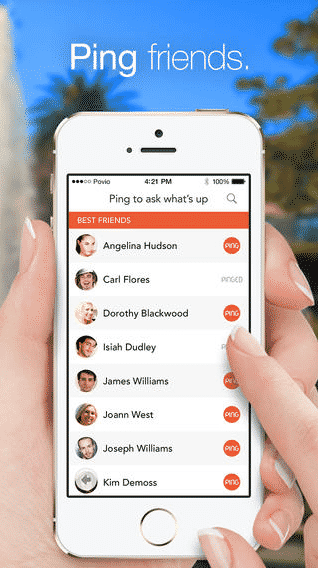 The company was founded in Slovenia in Eastern Europe where it launched just over a year ago. Since then the company has moved to the US where it signed up 30% of students at Santa Clara University in just four weeks, approximately 1,200 students.

Matevz Petek, Povio’s founder says half of the Santa Clara Students who signed up use the app daily and 55% of all users in the United States who have registered an account come back each day.

Povio is available on the latest versions of iOS and Android.