Joe Biden sounded like the cranky uncle you avoid at Thanksgiving at last night’s vice-presidential debate, but the gaffe-prone pol was in fine form nonetheless, giving a great and seasoned debate that has many media outlets this morning declaring him the uncontested winner.

The Obama campaign has wasted no time capitalizing on Joe Biden’s success through social media, buying the trending Twitter hashtag #malarkey after the VP dropped it several times throughout last night’s debate. Search the term on Twitter, and you’ll see this ad: 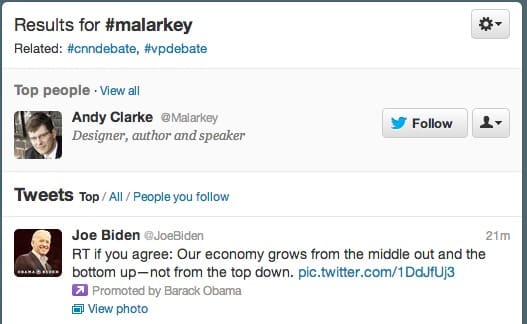