The Vice Presidential debate generated 4 million tweets over its two hour period on Thursday night as Twitter users talked about the event and the politics surrounding it.

While not as significant as the Presidential debate last week which garnered more than 10 Million tweets, Twitter has shown yet again how popular the platform is for sharing thoughts around live events.

Twitter shared numerous stats in a blog post and the most popular tweets of the night. 3.5 Million of the total tweets were sent out in the first 92 minutes. Among the 4 Million tweets, 26% were on foreign policy, 21% about the economy, and 16% involved discussions and comments regarding taxes.

The other 37% of tweets were not as easy to identify. When it came to the most popular tweets of the night, Joe Biden saying, “Now you’re Jack Kennedy?” received 58,275 tweets per minute. Paul Ryan saying, “They got caught with their hand in the cookie jar turning Medicare into a piggy bank for Obamacare” received 55,540 tweets per minute.

When Joe Biden talked about the timeline for leaving Afghanistan, that clocked in at 54,944 tweets per minute.

The most popular buzzword of the night was “malarkey” with over 30,000 tweets and one of Joe’s quips. 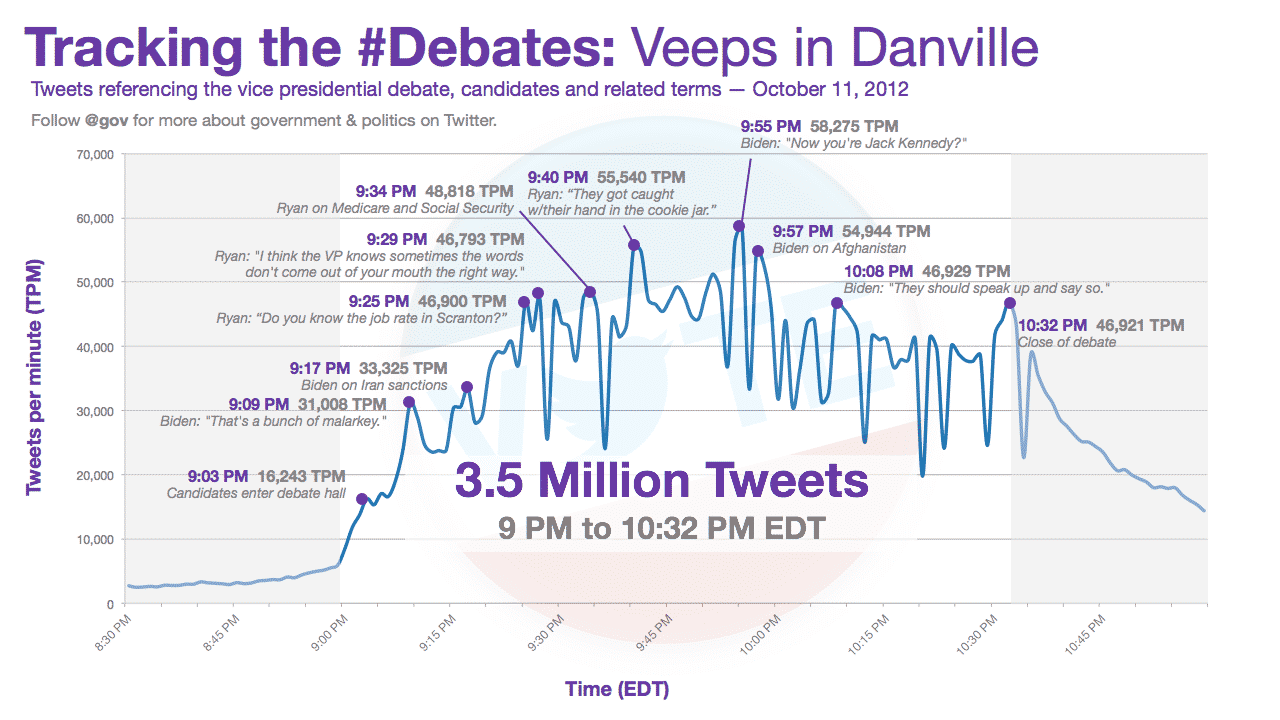