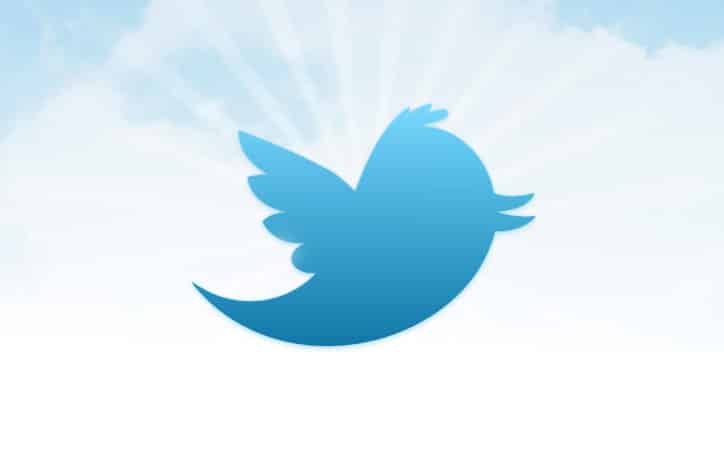 Back in the early days of Twitter, the social network didn’t look too promising. The design was rather subpar, very few used it compared to such giants as Facebook, and the concept of only being able to post up to 140 character messages just didn’t cut it for a lot of people.

Fast forward to 2012 and times have definitely changed. Twitter is right behind Facebook in terms of active users and is now a powerhouse for building an online audience.

Because of how Twitter works with the ability to update in real time, that unfortunately leads to a lot of noise which means fewer people seeing your tweets. Here’s 4 ways to break through the noise and gain more of a following:

As humans, we’re programmed from a very early age that the larger the number, the better. In some cases that may be true, but in social media, that’s not always the case. Many focus on building up this huge following, but fail to realize that many of the people that are now following them either A) Use an autofollow program, B) Are not targeted/interested, and C) Potentially fake accounts.

You want an audience of people who are genuinely interested, not a group of people who will never see or interact with your content. Focus on building a quality following by carefully selecting who you follow and following the next tip…

There’s a big debate as to if automation on Twitter is a good or bad thing. Some will say that you should never automate, but that’s a bunch of bologna. Automation is okay to an extent, but it should never make up most of what you post. The reason being is people will easily be able to tell and turns your presence into more of an RSS feed than something that actually has a human behind it.

People want to talk to people they know, like, and trust. How are they going to do that if they see you automate everything? Simply put, they won’t. Yes, interacting with others takes time, but it’s the only way to truly cut through the noise. Over time, you build more relationships and it’s these relationships that translate to sales.

Twitter search is one of the most underrated tools of any social network. Unlike Facebook who’s search is virtually non-existent, you can tap into a wealth of conversations ranging from just about anything you can think of. For example, say you like to talk about the UFC. Putting in a search for “UFC” or the name of a particular fighter will turn up a ton of results.

Not only that, but Twitter’s advanced search features which you can find by going here, give you far more customization, even all the way down to so many miles from a specific location.

No matter who you are, we all enjoy talking about ourselves. It’s simply human nature. The problem is nobody else really cares. That may sound harsh, but it’s the truth. Very few care that you just ate a turkey sandwich or that you just got down to inbox zero. They care about getting great information and connecting with other like minded people.

Talking about yourself is a good thing from time to time. People enjoy personalities. However, unless you’re a celebrity, talking too much about your day to day life will simply bore others and they will tune you out. Instead, become someone that people can rely on for great information and great discussions.

There’s plenty of mediocre people to follow on Twitter, but you don’t have to be one of them.

Gift-giving isn’t just a seasonal affair between friends, families and acquaintances. The art of gift-giving is also conducted on a national scale with countries often sending each other big, weird and expensive gifts. Experts in all things gifts, Vanilla Reindeer put together some examples of these expensive and odd gifts that have been shared between… END_OF_DOCUMENT_TOKEN_TO_BE_REPLACED

There are lots of ways you can make Pres. Trump feel welcome: you can offer him coffee, or mow a penis into a field for him to view as his plane lands. The willie in question has been chopped by Born Eco ahead of the arrival of President Trump, who visited the UK Monday for… END_OF_DOCUMENT_TOKEN_TO_BE_REPLACED

The year isn’t even halfway over, yet Donald Trump has managed to make a fool of himself and our country countless times. From inviting the national college football champions, the Clemson Tigers, all the way to the White House for some McDonald’s to his to the dreaded results of Mueller’s investigation, it has been one… END_OF_DOCUMENT_TOKEN_TO_BE_REPLACED

Republicans have always said that when they gained control in Congress, they would work to overturn Roe v. Wade and here they are, cashing in on that promise one state at a time. So far, Alabama, Arkansas, Georgia, Kentucky, Missouri, and Ohio have all passed incredibly restrictive laws on abortions, making it illegal for women… END_OF_DOCUMENT_TOKEN_TO_BE_REPLACED

If you’re on Snapchat, then you’ve probably played around with (and were likely horrified by) their filter gender swap filters. While you’re probably using these filters to send hilarious pics to your friends, some guys using them to create Tinder profiles. What likely started out as a joke has quickly evolved, and these guys are… END_OF_DOCUMENT_TOKEN_TO_BE_REPLACED

“Milkshaking” is a hilarious trend in Britain where a milkshake is thrown at and ideally lands on a far-right politician or activist. The point of this nonviolence protest is to humiliate them without causing injury. Physical injury at least. There’s no doubt that milkshaking has led to a few bruised egos. Not only is this… END_OF_DOCUMENT_TOKEN_TO_BE_REPLACED