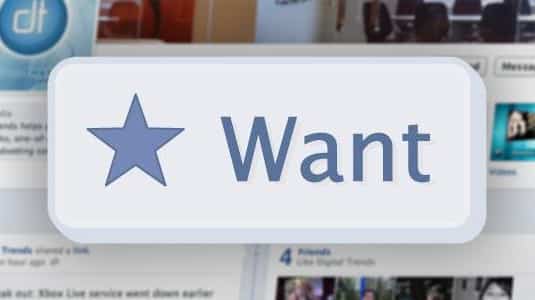 For the longest time, the term “Like” has remained supreme on Facebook. You can like posts, like comments, like photos, and so on. Now, Facebook is doing something a little bit different that goes more in line with what users think. Starting today, the social network is working on allowing pages to accompany photos with such words as “collect” and “want”.

What makes this great particularly for companies is that fans can, for example, also buy products that are within a collection. When someone goes to buy a product, they’re taken to the actual company’s website instead of some e-commerce page on Facebook itself. In all honesty, that’s probably a smart decision considering most people don’t think of buying products directly off of the site, let alone would trust it with their credit card data.

We’re not sure yet if you’ll see them from having liked a page or what exactly the process will be, but chances are they’ll appear very similar to how most photos do on Facebook. Say a friend likes a photo or now says they “want” something, you’ll see it in your newsfeed. Also, pages will possibly be able to promote these photos.

Right now, Facebook is working with such companies as Neiman Marcus, Victoria’s Secret, Pottery Barn, and others and will likely perform a slow test rollout, first to big names and then to the smaller guys. A rep made it clear that the social network doesn’t get a cut of any transactions, but you can be sure they’re definitely enticing companies to advertise whether it’s through promoted posts or in the Facebook sidebar.