Sprint Wireless is bringing back vanity phone numbers and its adding a 21st century social networking capabilities to those numbers.

Customers willing to pay an additional $3 per month can receive a number that starts with two asterisks and ends with a word between five and nine letters or numbers.

For example I could choose **James or **James18.

Known as the StarStar apps the program is capable of sending audio or text responses for missed calls, share contact information, and block incoming calls. The users number is then linked to their social media account or a StarStar profile.

While vanity numbers are still popular among businesses (1-800-Flowers, 1-800-BestBuy) they have largely been abandoned by mobile phone users who rely on contact lists to recall the phone numbers of friends, family and co-workers.

Sprint Wireless has purchased the numbers from Palo Alto, California firm Zoove, a company that has been selling millions of the vanity numbers they currently own.

Just like a license plate the vanity numbers are first-come first-served. 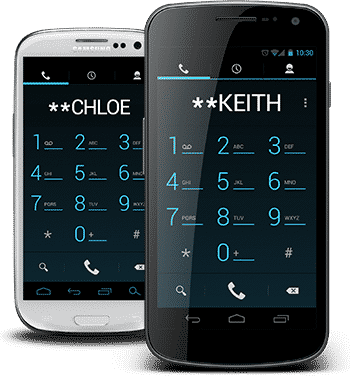