The top 10 most popular Facebook celebrities were revealed this week by Starcount and Mashable and for the first time Eminem has been knocked from the top followers spot by Rihanna.

Eminem was the followers leader since passing both Michael Jackson and Lady Gaga in February. At the time of Eminem’s record setting number Michael Jackson had been atop the list since his death in 2009.

In July 2012 Rihanna passed Lady Gaga as the top female celebrity on Twitter. In the last three months Rihanna has racked up more than 5 million new Facebook followers to take the lead spot on the top 10 most popular Facebook celebrities list.

Rihanna is also in second place for views on YouTube, one spot behind Justin Bieber. The Umbrella singer is also fourth on Twitter in terms of followers, lagging behind Lady Gaga, Justin Bieber, and Katy Perry. 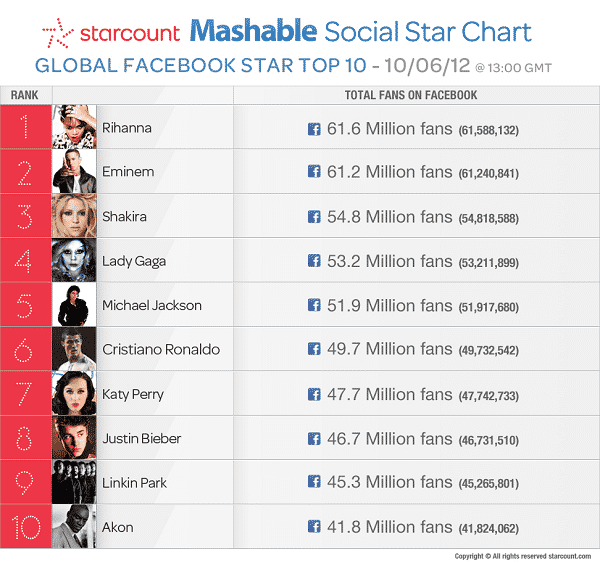