It doesn’t take much for Miley Cyrus to generate a ton of retweets and favorites for her Twitter posts. For example, on March 20 she posted a picture of her sunburned breasts, and less than 24 hours later that post has generated 8,735 retweets and 27,43 favorites.

Miley Cyrus is known for posting nearly naked on Twitter so it doesn’t surprise us to learn that she showed off her sunburned breasts. 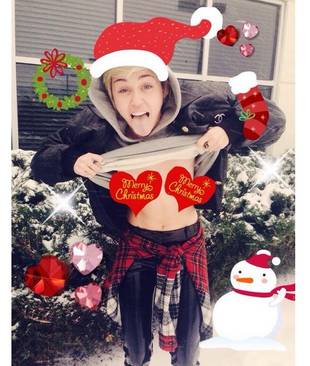 Here are some of the responses from her fans:

@MileyCyrus Looks like you need some of my special brand of sunburn relief lotion! See you tonight!