When we saw a recent mommy blogosphere controversy over gift grabs, the already politeness-sticky convention of baby showers, and one pregnant lady’s ultimate rude Facebook messages, we knew there was a “Don’t Suck At Facebook” Social News Daily rant in there somewhere.

In case you missed it, the post stemmed from a secondhand Facebook report over on Mommyish. We can’t verify that this tale of baby shower greed actually happened as claimed — however, we’ve seen similar behavior both happening and complained about on Facebook in recent years. In short, it’s plausible.

In the post, a writer reports that a Mommyish reader received a rather crass and incredibly impolite message on Facebook from a faint acquaintance. According to the reader, the private message consisted of a poem sent after the recipient failed to attend the sender’s baby shower.

Oh, it’s that bad. As of now, Facebook and real-life events still don’t go together all that well. It’s difficult to target invitations, and as such, Facebook users will frequently receive invitations to events they couldn’t even possibly physically attend and if they wanted to. 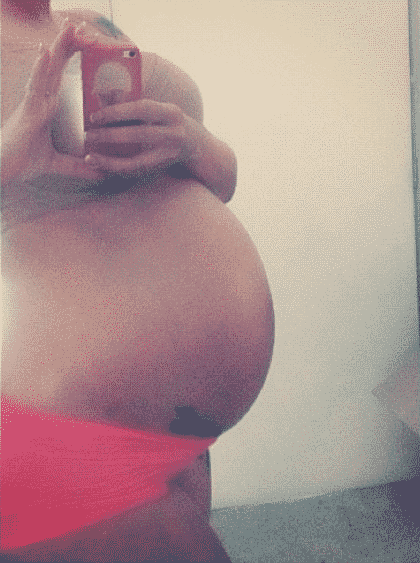 That in of itself is not all that bad, as it may be difficult for people to separate their friends list in order to send invitations. Where it gets sticky, however, is when people use the amplified reach of Facebook in order to broadcast their belief that they are entitled to a gift from all and sundry due to a life milestone.

Simply harboring this belief is one thing, a thing you shouldn’t do. But this mom-to-be took this belief further, sending out the poem below to those who did not attend her shower. It begins, “sorry you missed the shower,” and goes on to partially rhyme a shakedown:

“There was fun and games to be had
The food and drinks not too bad
The loot was a plenty
But we looked high and low and found none from you
Not even a shiny penny!”

Could it get any worse? Apparently it can get much worse:

“Babies need a lot
Of this fact we all know
So we’ve included some shops below!”

It doesn’t even stop at asking for a gift. The writer continues:

“If none are to your liking, and that we understand
Then grab a pen and get to writing
For checks are to our liking!”

(Did you barf? We totally barfed.)

“The [redacted] Family is registered at these stores and checks can be mailed to this address.”

While it seems that most people would understand you suck at Facebook if you send a message like this, it also seems that in the age of Facebook invites, this bears repeating.

Don’t beg for gifts on Facebook, assume that everybody who knows about your event knows if they could send a gift if they wish, and if they don’t send the gift, understand they either were disinclined or short on funds. No, just no!

Have you seen a gift grab this horrifying by a “friend” who sucks at Facebook?