Facebook is currently working on constructing a new tree-lined engineering building. The 435,000 square foot compound spans over 22 acres in Palo Alto and is designed by Frank Gehry, a Canadian-American Pritzker Prize winning architect.

Here are the latest photos which show the architectural models that display updates of the planned expansion of Facebook’s headquarters. 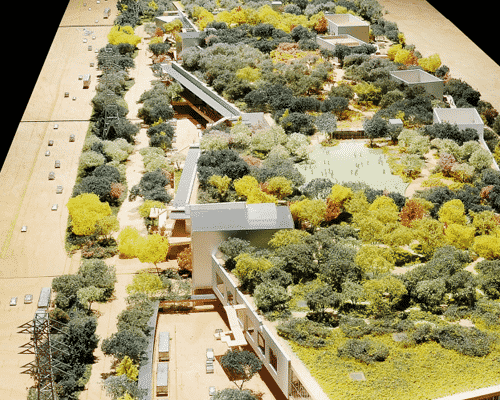 The design seems to have been refined since previous pictures were revealed. Facebook requested that the design be more subtle than well known iconic designs by Gehry such as the Walt Disney Concert Hall in L.A.

The design naturally fits into the marshlands in Menlo Park, California. Some things that seemed too flashy were taken out to better fit the culture of Facebook.

Craig Webb, Gehry’s partner says Frank was very willing to tone down the expression of some of the architecture in the building to make it seem more ‘anonymous’.

The building is being constructed in the middle of a line of trees on the top of a street-level parking structure. It will be connected to its Menlo Park compound via an underground tunnel under the Bayfront Expressway.

Facebook plans to move into the new complex in Spring of 2014 according to reports.