Social media is particularly useful for breaking news, and according to a new study, 44 percent of American adults get their news from social networks.

The study, conducted by American Press Institute, surveyed nearly 1500 adults about how and where they consume news.

Here’s the most popular methods:

However, when it came to the most popular platforms to receive news, TV led the way:

When it comes to what methods of receiving news that Americans trust most, social media actually ranked at the very bottom. 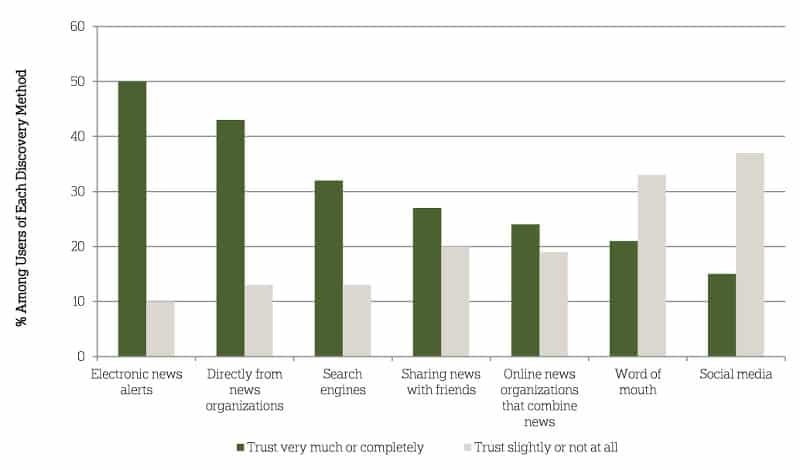 News by way of electronic news alerts, directly from news organizations and search engines was trusted the most.

With hoaxes spreading easily on Facebook and beyond, it’s not difficult to see why Americans are skeptical of news on social media.