10.3 million tweets regarding the Presidential debate were sent out on Twitter Wednesday night and 26% percent of those tweets criticized President Obama’s performance in the contest.

Social media analysis firm Crimson Hexagon examined more than 12.9 million opinions and found that half of the tweets sent per based on an analysis of the candidates’ performance, while the other half were based on debate discourse.

The study which was conducted on behalf of Mashable also found that 16% of Twitter messages were in support of the president and 22% said Mitt Romney won the debate.

Debate moderator Jim Lehrer was also talked about on Twitter and 11% of messages criticized his handling of the contest.

The study also found that 14% of Twitter comments regarding the debate came from users who were telling jokes about the speakers.

Here is the full Crimson Hexagon analysis (click to enlarge): 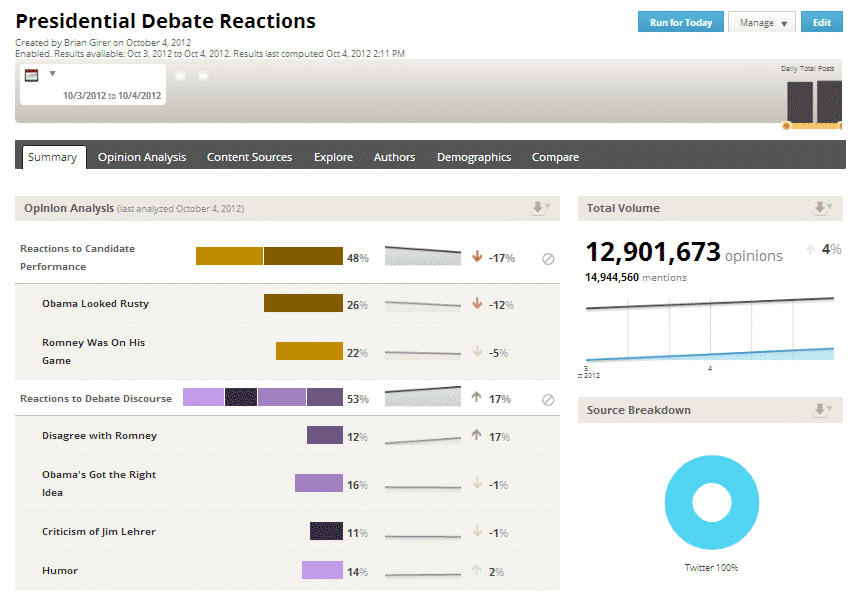 Are you surprised based on media analysis that President Obama was only negatively viewed in the first debate by 26% of Twitter users?