Facebook Users Were ‘Sleepy’ Yet ‘Wonderful’ After DST Change

Clocks sprung an hour forward on March 9, and according to new findings from Facebook’s data science team, users were more tired, but also felt wonderful.

According to Facebook, compared to the previous week, use of “tired” increased 25 percent, use of “sleepy” 28 percent, and people were 20 percent more “exhausted.” 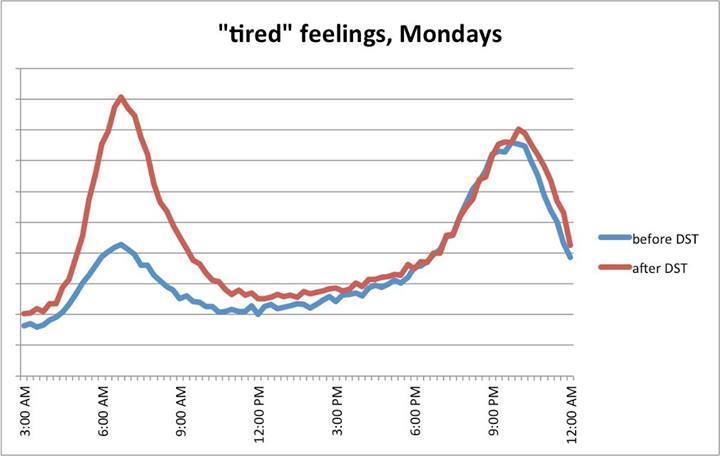 However, as the Monday following the Daylight Savings Time change progressed, users were about as tired as on an average Monday.

Use of “feeling tired” was up 86 percent, and while people were clearly more dazed, use of more positive phrases was also up.

As the week went on, the extra light into the evening definitely helped to increase positive feelings:

Facebook says other factors such as weather and news stories could have also contributed to the increase in more positive feelings, but the DST change appeared to be a major factor.