Reports started circulating this morning that Knight was killed in an auto accident. The death hoax quickly spread on Facebook and Twitter and soon “Wayne Knight Dead” was trending on the internet.

Now, this is normally where I’d get a little disappointed with the internet for falling for another celebrity death hoax, but this time is a little different. 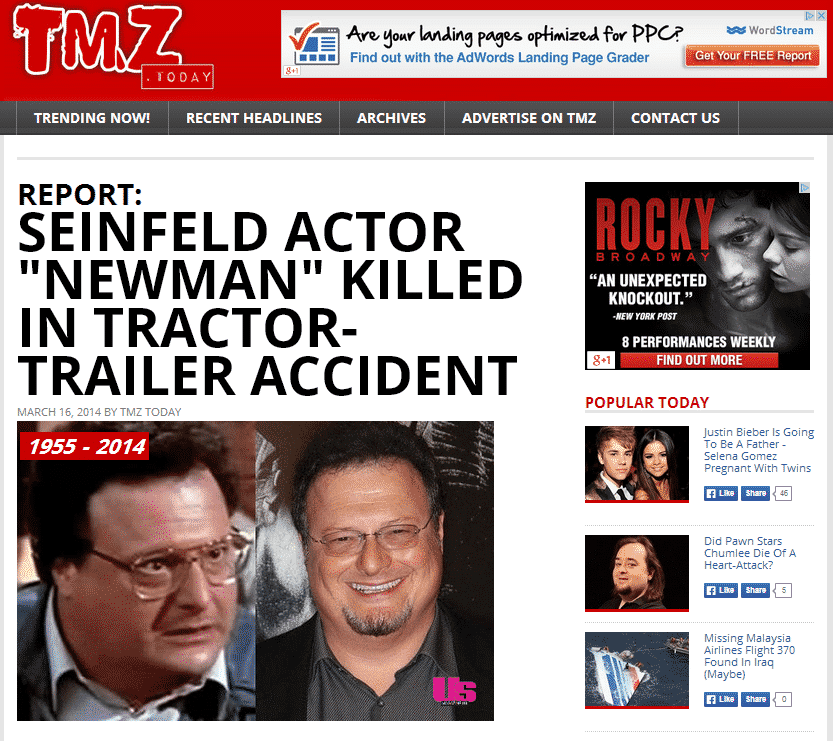 This group of internet pranksters actually created a couple of fake websites to mimic entertainment sources like TMZ and US Magazine. They even grabbed a few URLs to help strengthen their bogus narrative. 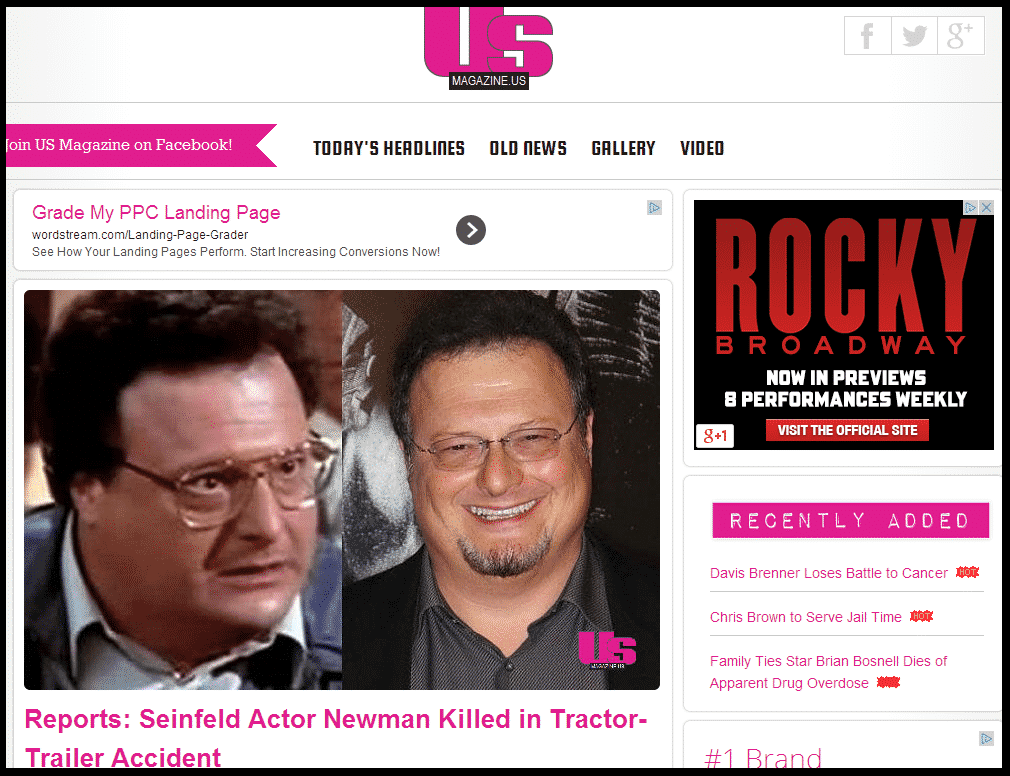 They even took the time to create some photoshopped tweets. Honestly, as far as death hoaxes go, these guys did a pretty good job. 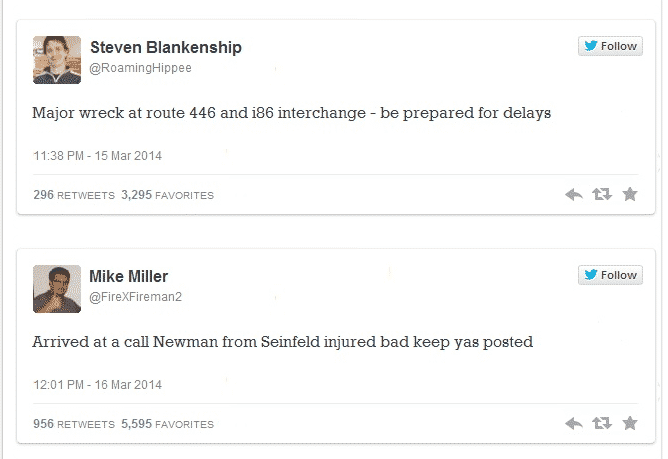 They even crafted the story so it read more like a news article. The fake report from the fake US Magazine website reads: “Actor Wayne Knight, better known to most for playing one of the most indelible roles on NBC’s “Seinfeld” as the charater “Newman” is dead and two other passengers are critically injured after their vehicle slammed into a disabled semi-tractor-trailer late Saturday nightalong Route 446 near the Pennsylvania-New York state border in Eldred Township.”

We’ve written a lot about death hoaxes at SND and we’ve gotten pretty good at spotting all of the telltale signs. But this Wayne Knight death hoax (as well as the false report about Chumlee’s death) was a little more sophisticated than it’s predecessors.

Instead of inserting an actor’s name into a pre-written story and then publishing it on a site that is obviously fake, these pranksters actually wrote a believable photo with believable tweets on a website with a believable URL. I’m impressed. These pranksters deserve some sort of award. Maybe, “Most Wasteful Use Of Time.”