During the afternoon YouTube was down for certain users on Tuesday, March 13, 2014. Many visitors are still experiencing the downtime and loading errors. This appears to be the second time in two days.

“500 Internal Server Error
Sorry, something went wrong.
A team of highly trained monkeys has been dispatched to deal with this situation.”

Here’s what some people are saying on Twitter about the incident:

But my cat just did a thing! RT @ethanklapper: YouTube is down pic.twitter.com/4upkmASj0K

Youtube down for you guys? I’m getting a “500 internal server error”

If you experience the downtime or an error yourself, this will probably be the message you will see: 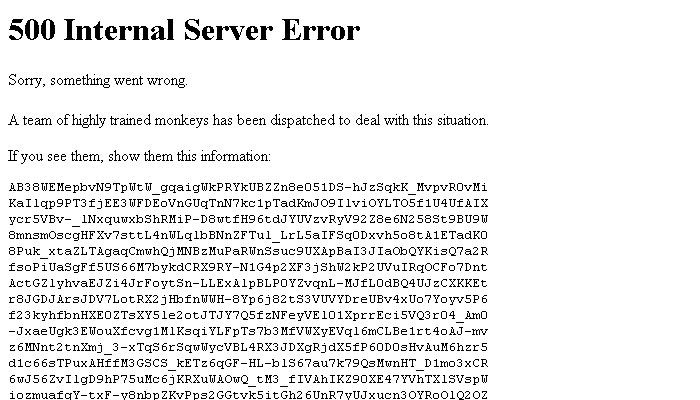