As the news of the missing Malaysia MH370 plane continues to spread around the world, spectators and worried bystanders are desperate for an answer. As they continue to look for a clear response to all of their unanswered questions, Facebook users have began to see posts that claim the discovery of the missing aircraft.

According to Snopes.com, these new posts feature a snapshot of the aircraft afloat in water with a caption that claims that the airline was found in the Bermuda Triangle, also asserting that the passengers are all safe and alive. These pages also claim to have video footage of the plane along with its passengers. 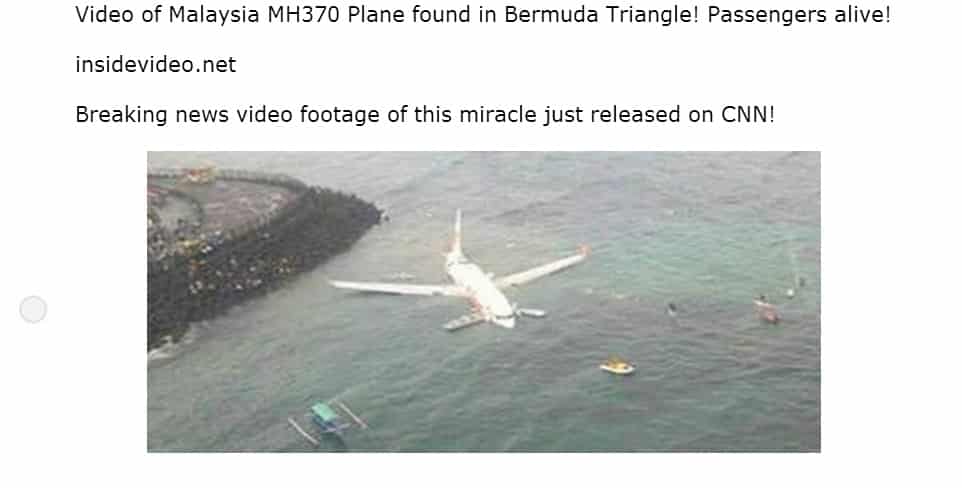 These posts have however officially been determined as a hoax and could simply be a desperate way for greedy web developers to make money by forcing its viewers to download malicious software and view ads.

The actual image has been determined to actually be a picture of a Lion Air Boeing 737 airliner that had lost control off a runway in April of 2013, causing it to crash into the nearby sea.