Here were the top six topics around the hashtag #SXSWi:

Sentiment surrounding SXSW Interactive was 78 percent positive, with complaints ranging anywhere from poor cell phone service to sad that the conference was over.

Social media conversations were fairly consistent over the four days, but peaked on March 10 after Edward Snowden’s interview.

Cosmos host Neil DeGrasse Tyson had the most popular keynote in terms of social media mentions, followed by Chelsea Clinton and Austin Kleon. 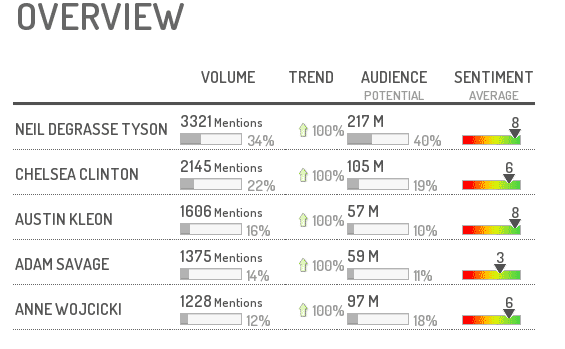 However, Snowden received 7,147 mentions on March 10, over 2x the amount of mentions about Tyson between March 7 and 11.

Companies took advantage of hashtag #SXSWproblems, and here were the top four:

Here were the top five brands at SXSW Interactive 2014 with the most social media mentions:

While sponsor Miller Lite ranked at the very bottom, when it did see mentions, they were 100 percent positive. 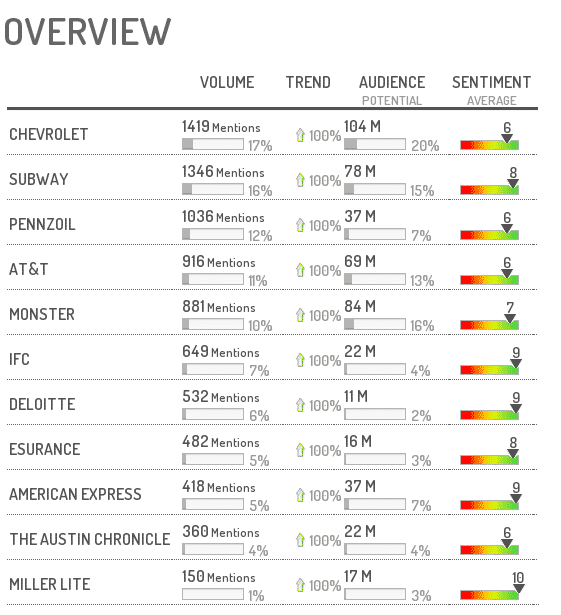 Digimind says that 77 percent of mentions about sponsors occurred on Twitter, and Chevy took the number one spot except on March 10 when it was overtaken by Subway.