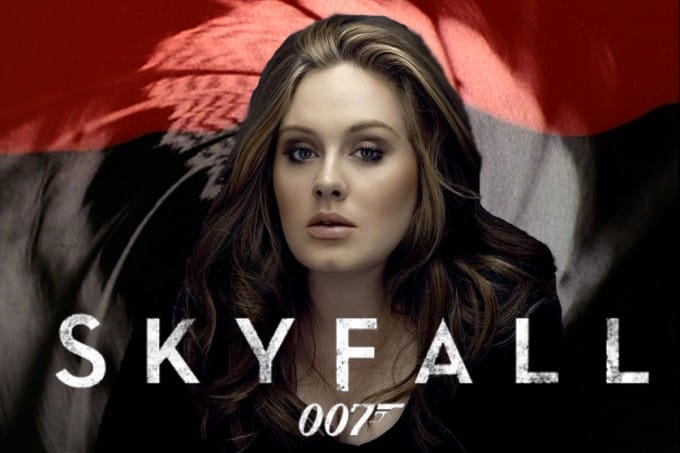 While it was pretty much known that Adele would be singing the theme song for Skyfall, the next James Bond film, the singer put any and all doubts to the contrary to rest on Monday with posts to Facebook and Twitter confirming the gig.

The Grammy-winning singer follows in the footsteps of such stars as Paul McCartney and Tina Turner, who have contributed tracks to Bond films in the past. Being solicited to provide a theme song for a Bond film has become something of a film and music industry honor, with high-profile and in-vogue musicians frequently asked to set the tone for each entry in the long-running film franchise.

In Daniel Craig’s rebooted Bond series, Adele follows Jack White and Alicia Keys who performed “Another Way to Die” for 2008’s Quantum of Solace and Soundgarden’s Chris Cornell who sang “You Know My Name” for 2006’s Casino Royale. Singing a Bond theme has traditionally been an honor given to female artists, and Adele’s Skyfall theme will mark the first solo female performance in the rebooted series.

If you’re dying to get Adele’s Skyfall track, you can pre-order it on iTunes.

The world is devastated by the news that Britain’s Prince Philip, the Duke of Edinburgh, has died at the age of 99. Palace media confirms that the Duke has expired mid-day today, April 9th. The announcement did not contain any specifics on the cause of death. The United Kingdom will enter a state of national… END_OF_DOCUMENT_TOKEN_TO_BE_REPLACED

Who would have known that religious prophets would be among the most loyal supporters of former President Trump? In fact, it has been observed that the most conservative Christians may have been the right amount of push for Trump’s presidential win back in 2016. Since Trump’s election back in 2016, numerous self-proclaimed “prophets” have been… END_OF_DOCUMENT_TOKEN_TO_BE_REPLACED

President Biden falls and slips multiple times on the Airforce One Steps and PEOPLE ARE GOING CRAZY! What’s the big deal? Some people are hating, while others are making memes just for the fun of it. We are all human, aren’t we? Everyone’s expected to stumble some time in their lives. However, with the internet… END_OF_DOCUMENT_TOKEN_TO_BE_REPLACED