Twitter Knows When You’re Boozing, If You’re Having A Bad...

What we post online says a lot about ourselves, especially our mood, and new data from Twitter sheds light on how we feel depending on the day and month.

The social network analyzed words and phrases throughout 2013, and found when people were most likely to feel happy, sad, hungover or are late for work.

Users were saddest in the month of December on Saturdays, yet were also very happy between Monday and Wednesday with happiness increasing starting around June. 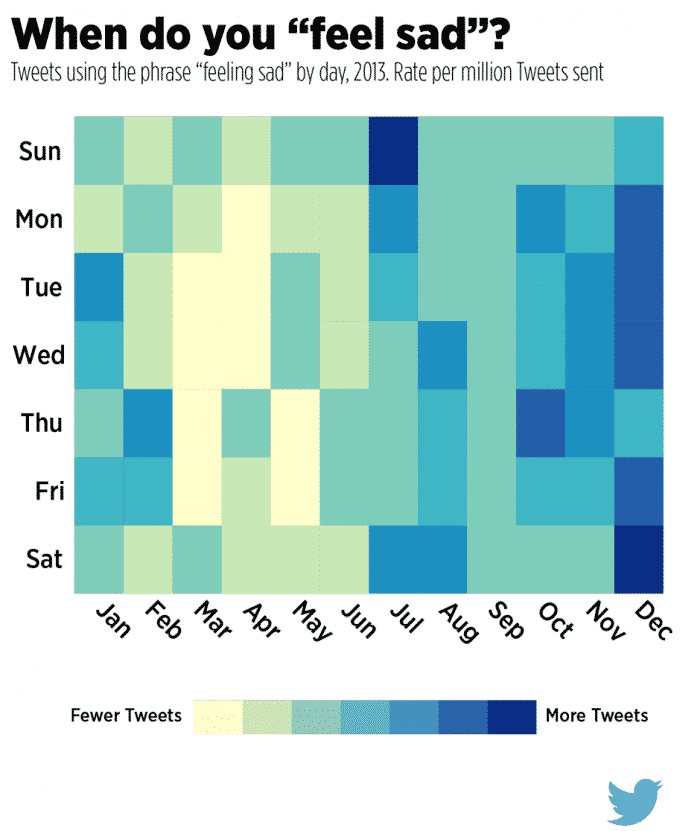 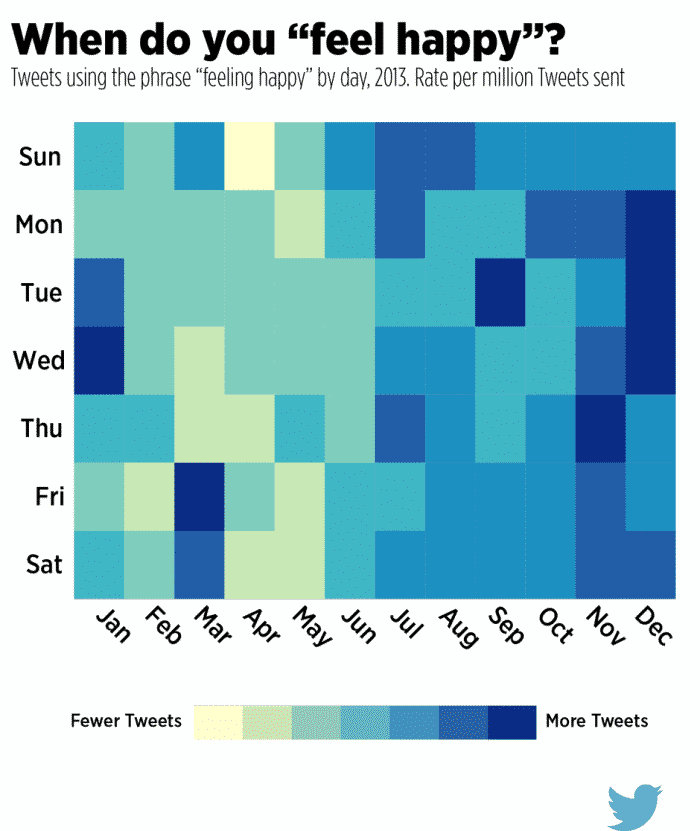 People were most late to work Wednesday through Saturday in January, followed by Monday through Thursday from June to August. 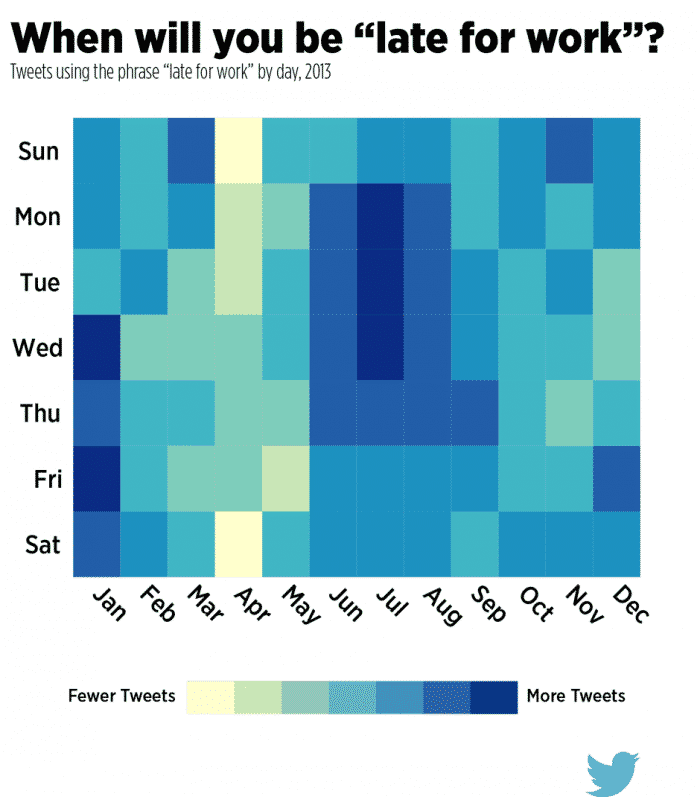 According to Twitter, users were most hungover Thursday and Friday in November, and Tuesday and Wednesday in January, both likely occurring around Thanksgiving and New Year’s Eve. 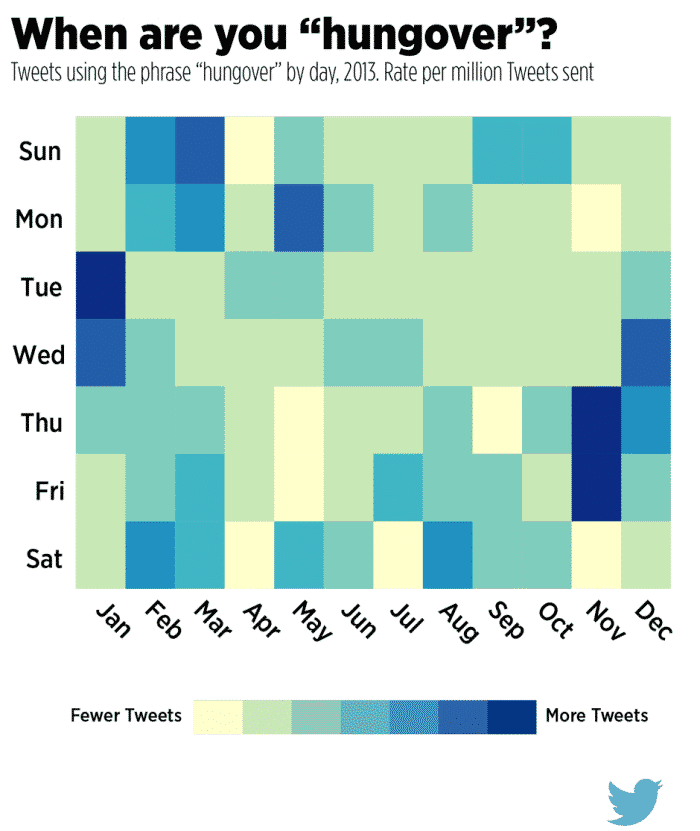 Judging by your own 2013, do you think Twitter was fairly accurate?