Pinterest Job Posting Hints At More Ads In The Near...

In late 2013 the team at Pinterest began experimenting with “Promoted Pins,” and a new job posting for a front-end ad engineer seems to point at an increased number of new ads for the social networks near future.

Many of the world’s most popular brands have taken to the visually-inclined social network, which meant it was only a matter of time before more ads began to appear.

Numerous studies have shown how Pinterest drives tremendous amounts of traffic in unpaid form, that likely means future ads will blend into the sites already popular structure. After all, there is no sense in breaking something that already works so well.

Pinterest is likely to hire a front-end ad engineer whose vision more closely aligns with that of Instagram than Facebook. Instagram ads have been largely successful because they focus on blending into their environment and not taking away from the user-generate visuals that made the network so popular.

Pinterest tells Business Insider, “We started experimenting in October and we’re actively growing our team, but we don’t have any other details to share.” 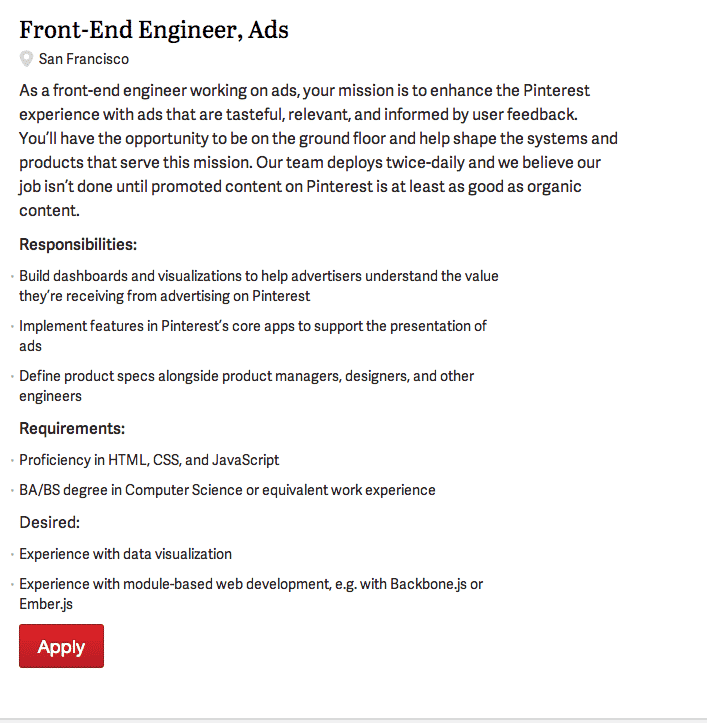 Are you worried about Pinterest ads taking over your boards in the future?