by Chris Atkins 9 years ago4 months ago

The current app is a beta version and the funding will be used to help the company broaden its reach and scale into a complete product by the summer time.

Blend is incorporating brands into its app early, adding advertisers to its platform from the very beginning instead of later.

The company is curating the best brands for their target market and wants to offer rewards to users for interacting with them.

The network is seeing over 50,000 daily active users after launching in beta at the beginning of Q4 of last year. The app is available in nearly all colleges except for Ohio, in which the founder Akash Nigam says they have deleted over 2,000 accounts originating from the state. 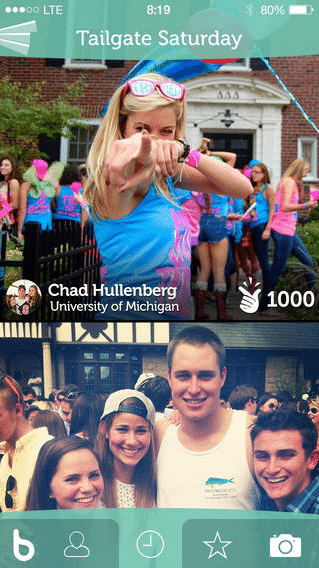 The social network thrives off engagement, offering users a “theme of the day” which encourages them to take pictures based on the theme. Users who snap the best photos are rewarded with Blend Currency which can be used to purchase items from advertisers.

Blend is available for both iOS and Android devices.