MetroTwit, a Twitter client that launched in 2012 for Windows users is shutting down after two years of service. MetroTwit became a popular desktop app and later released a version for Windows 8 with an updated modern UI. Sometimes things are sweet but also shortlived, MetroTwit is one of them.

The company announced on their blog early this morning that MetroTwit for desktop and MetroTwit for Windows 8 apps have come to the end of their lives effective immediately.

Sunsetting MetroTwit: all good things must come to an end https://t.co/4gLlYCBis8

The team apologized for the inconvenience and says that the apps will continue to work as is, but that there will not be any support for them or releases for features and major updates. MetroTwit amassed over 400,000 users during its 4 year run. 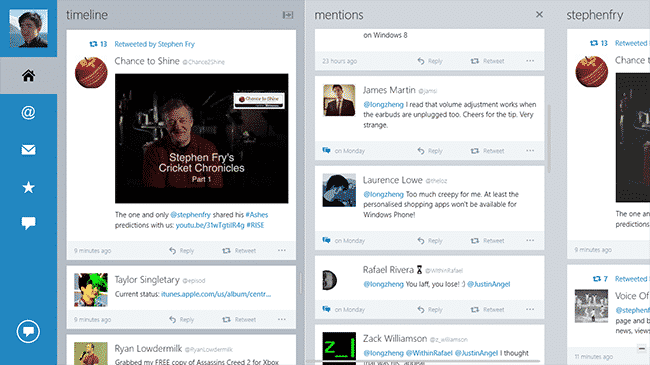 Based in Australia, MetroTwit started with just a photoshop mockup for an idea to help Twitter users manage their accounts and follow hot topics and discussions in real time. Users loved the elegant interface and the speediness of the app which took advantage of the latest Microsoft .NET and Windows Presentation Foundation frameworks. The app also had a cool undo tweet feature.

Although the real reason MetroTwit shut down hasn’t been officially announced, these type of apps seem to fall out every once in a while for one reason or another and the trend for management apps built on social networks seems to be slowing down.