US Government Requests Private Twitter Data More Than Any Other...

The United States government makes more requests for Twitter user data than any other country in the world. That was the discovery made on Wednesday by Twitter’s biannual transparency report that focused on the first half of 2012.

According to the social network Twitter was asked for various pieces of information but the report focused on copyright and content removal requests received over a six-month span between January and June of 2012.

The social network says of the 849 government-issued user information requests made in 2012, the United States topped the chart at 679. In a very distant second place was Japan with 98 requests followed by Canada and the United Kingdom with just 11 requests each.

In at least some of the requests multiple Twitter accounts were targeted.

The report also found that in 75% of the US requests the data was handed over to officials.

The amount of requested information should serve as a warning to social network users who have long believed their private tweets and deleted messages were under their own control.

Here is a graph showcasing the Twitter data requests based on country of origin: 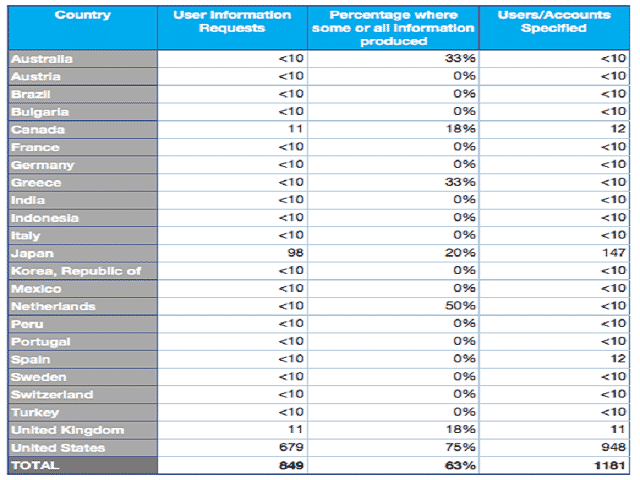