The Oscars had quite the impact, and according to new data released by Twitter, tweets about the star-studded event generated over 3.3 billion impressions.

The social network analyzed tweets sent Sunday (March 2) at 5 PM Eastern to 5 AM Eastern on Monday.

Here’s what else it found:

43 million people tuned in to The Oscars on ABC, which means the social network nearly matched ABC’s audience.

By 5 AM on Monday morning, it already had 2.4 million retweets, was seen by 8.1 million people and was embedded nearly 14,000 times. 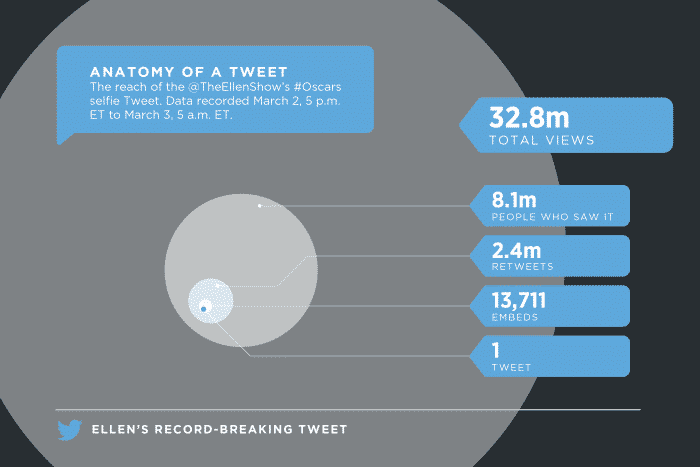