by Chris Atkins 9 years ago8 months ago

If you ever wanted to have a big pet snake, this scary viral video captured in Queensland, Australia might make you think otherwise. After a battle of the beasts that ensued for a duration of 5 hours, this snake that reports are saying is a python, swallowed a crocodile whole.

This amazing event was captured on camera by Tiffany Corlis, an onlooker who just happened to be in the area at Lake Moondarra.

Here’s some comments Tiffany made on the whole ordeal:

“When the snake finally did kill the croc, it dragged it to the bank and consumed it in around 15 minutes.

“They had quite the struggle in the water.

“We were just standing there in amazement watching it.” 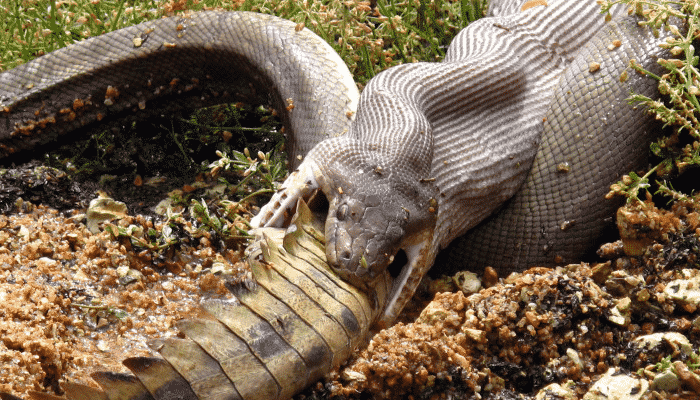 The two fierce animals fought until the crocodile got tired and finally gave in. It was then apparently constricted to death by the mighty python which devoured it.