Sharalike Launches App To Let You Turn Pictures And Videos...

Similar to Facebook’s recent “Lookback” videos, Sharalike, a new mobile app that turns photos and videos into slideshows has launched in beta. In just a few seconds, the app takes your photos or videos and automatically slices them into an animated HTML slideshow which can be shared across social media.

It works by having users point the app to the media they want the slide to consist of, then just selecting music and a theme.

Sharalike is based in Boston and was founded in 2012 by Etienne Leroy and Aymeric Vigner, two serial entrepreneurs who set out to develop a user friendly way to manage large photo collections.

Today most people are overloaded with the amount of pictures they take and it takes even more time to manage that content, Sharalike wants to make maintaining large photo albums more simple. 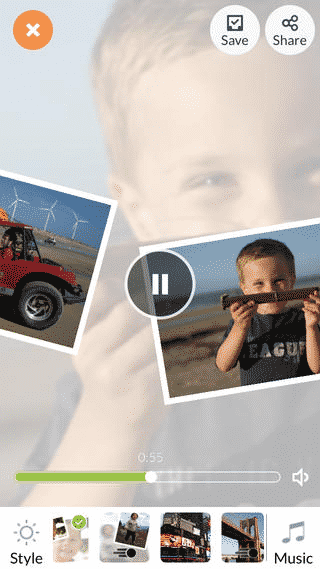 Flipagram is another slideshow app on the market that Sharalike will be competing with, which has reportedly been in talks of raising a $50 million round. Both of these apps allow users to create slideshows from videos as well, creating an album stream that automatically sorts pictures and selects the best ones.

After creating what the company calls a “SmartShow” users can share their slide via Twitter, Facebook, and email just by copying and pasting a link. The app is currently on available for iOS.