Today Facebook updated their Paper app, adding the ability to share articles by email, text message, and Facebook message. When shared, the content includes a “Shared from Paper” link that could get people to try out the new app, which launched February 3rd.

They have also added the option to mute sound effects played in the app when tapping around. This is especially useful for people who listen to music often while reading. Why they didn’t include that option in the first place? No idea. 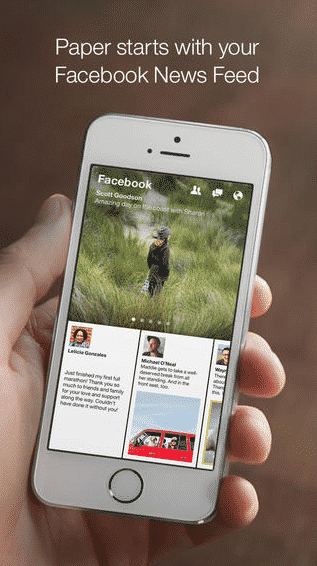 Facebook Paper is currently only available for download in the United States, but these updates could make the app more intriguing for those in different countries when it launches in their location.

Unlike Facebook Home, Facebook’s previous attempt at an innovative mobile app, Paper is generally being well received by both users and critics. The design has been rethought from a content driven perspective but there are some rough usability issues that Facebook will have to smooth out.

While Paper is pleasant for the eye to view and people have switched over to using it as their primary method of using Facebook, the app has not been able to dominate the top charts in the app store for extended periods of time, currently sitting at number 28 in U.S. social networking apps.