A lot of awesome things happened at last night’s Oscars, but one of the best moments was John Travolta’s epic mispronunciation of some kind of strange, foreign, Middle-Eastern name:

Though Idina Menzel (sorry, “Adele Dazim”) got all the props for a stunning performance of “Let It Go” from Disney’s Frozen (video below), it was completely overshadowed by Travolta’s horrendously botched introduction.

Because Twitter, “Adele Dazim” got her own account almost immediately, in addition to about 12,000 followers. Jokes were heavy on mispronunciation: 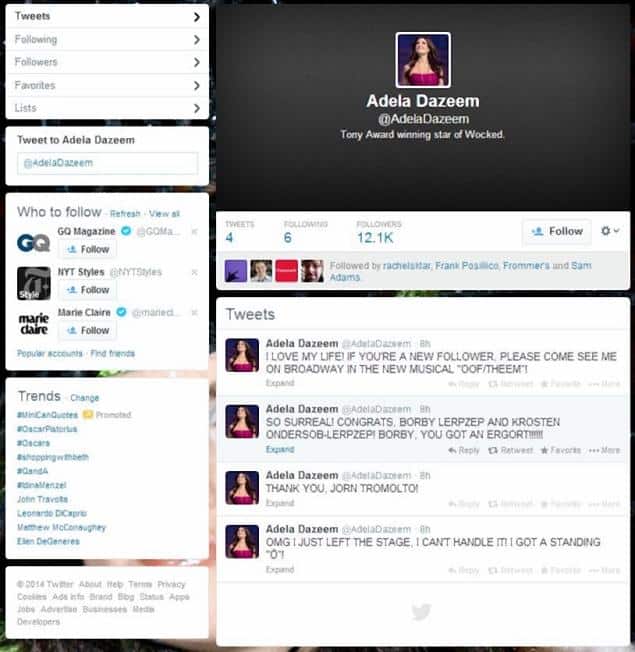 The original account has since been suspended or re-purposed, but a number of other parody accounts still exist:

Next time I’d prefer to be introduced as Howie Mandel

“Let It Go” went on to win the Oscar for Best Original Song, and Frozen won Best Animated Film.