by James Kosur 12 years ago6 months ago

Google’s answer to the Facebook “Like” button, Google +1 was officially launched on Wednesday in conjunction with the D9 conference. The button allows users to share their favorite pages from around the web with the simple click of a button.

The program works easily enough, Google users who are signed into their Google accounts click on the +1 button which then shares that information with their Google contacts and then displays in their friends internet searches with an official +1 vote count.

The program first launched on March 30th, 2011, however the +1 button placement at that time was only shown in a limited number of search results and Google Ads.

Website developers looking to place the Google +1 button on their websites can visit the official Google +1 developer page for the product, on that page it’s a simple matter of choosing the button side you want and cutting the required code and pasting it on your website. 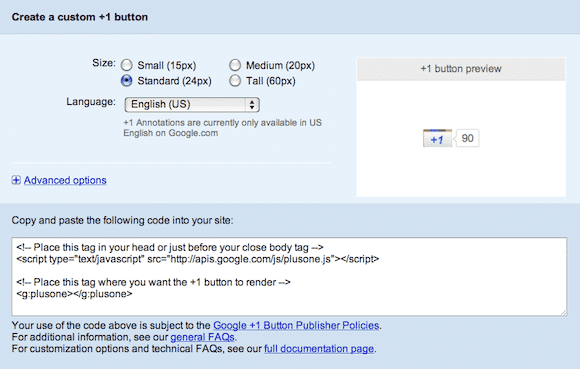 Some sites already implementing the button including The Washington Post, Huffington Post and Bloomberg. You can also try out the button on this very page, located directly below the title at the top of this story.

One click will push up the number of votes for the +1 button, while a second click on the button will remove your vote.

Currently the program is slowly rolling out to english only searches and with the number of sites likely to add the button over the coming weeks we expect a large number of searches to soon show the feature.

Users can also +1 various search results which once again share their vote with friends when they see the same search results during their own Google searches, thus creating a more interactive search database for the world’s largest search engine.

Here’s a video demonstration for the Google +1 button: