Current.ly For iOS Takes Boring Twitter Trends And Makes Them...

Current.ly, a new iOS app, takes boring Twitter trending topics and makes them awesome! The app is designed around a backbone that is visually appealing for users, while also showing off major events from around the world.

When users open the app they are met with the most important topic of the day (the top trending topic on Twitter). A quick swipe of the finger then reveals a full timeline that makes finding other topics simple.

As users scroll from one topic to the next, they are met with a full screen view for each trending topic. It is the apps design sense that creates an immersive experience for Twitter users.

Once you discover a topic to explore you can tap on the banner at the top of the Current.ly app. Tapping the banner provides a more traditional, scrollable timeline, that shows off the most engaging tweets for each trending topic. Tap on a link inside of a topic and you are taken to the links article or website. 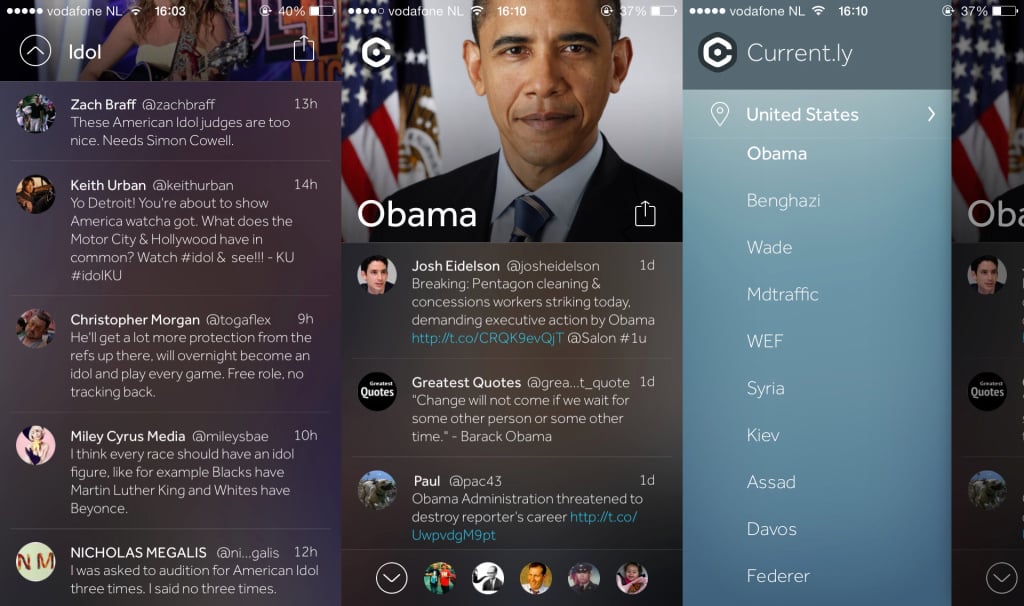 The Current.ly app was created by the same Amsterdam-team that developed PeerReach, a platform that attempts to create a PageRank function for Twitter. Given the company’s understanding of Twitter data it should come as no surprise that they are leveraging that same information in a new and exciting way. The team started building Current.ly in 2013 and they have raised $310,000 thus far.

Twitter has never done a good job of structuring its trending topics for mass consumption. With Facebook Paper recently announced I have a feeling that Twitter may be keeping a close eye on Menkovic and his Current.ly team.