Consumer management company Gigya announced today that it processed over 800 million social logins in 2013, a 72 percent increase from 2012.

In 2013, Gigya doubled its workforce in the U.S. and Israel, and has expanded to Paris, France and Sydney, Australia.

Across its offices in Paris, Sydney, London, Mountain View and Israel, it now employs 275 people.

A new infographic takes a look at social login growth since 2009, and here are the stats: 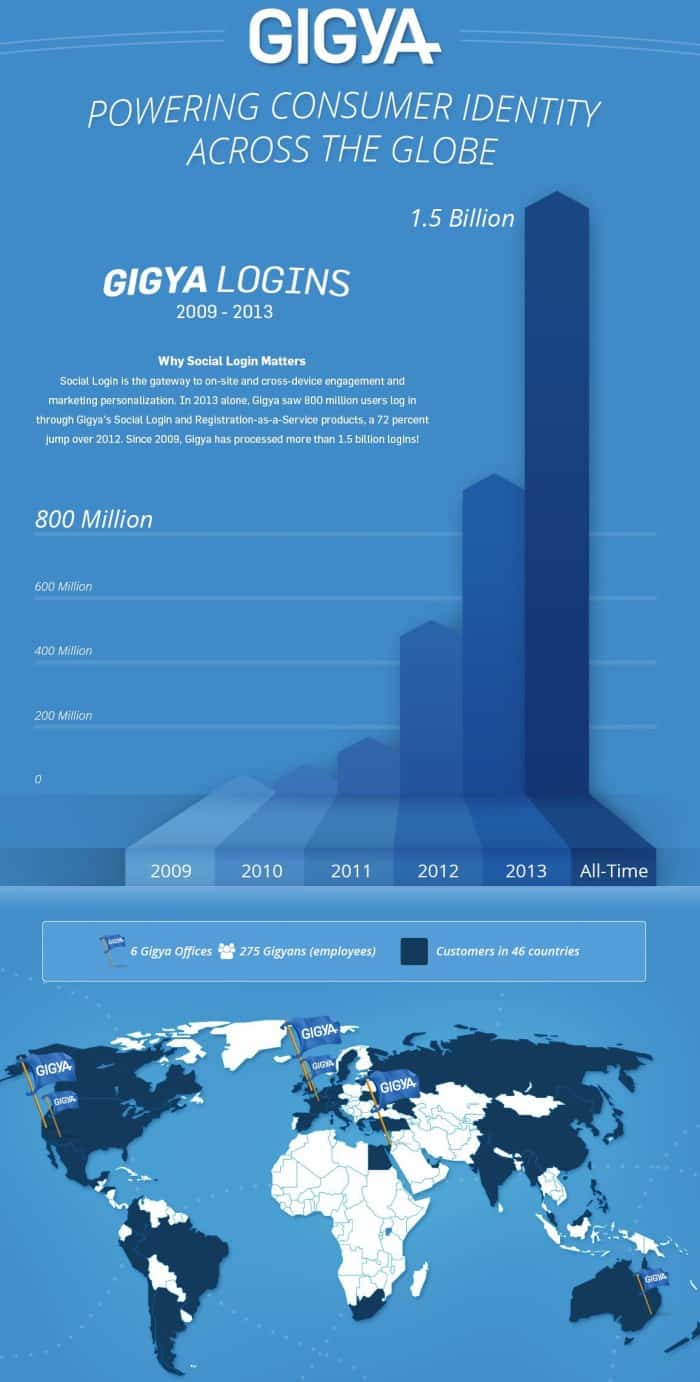 Gigya now works with customers in 46 different countries, including 700 of the world’s largest businesses.

In 2013, it added such major brands as AARP, World Wrestling Entertainment and Tommy Hilfiger.