by Dusten Carlson 10 years ago9 months ago

If you’re new to social media news, it might surprise you how many categories a story might fit into. There’s social gaming, social shopping, case studies, startups, mobile, and that’s just naming a few. Social crime? That’d be a fairly recent one, even to us, but where else would you put a story about an armed suspect who takes a hostage and then regularly updates his Facebook while the crime is in progress?

Kline Michael Thaxton, a 22-year-old Pittsburgh man, has a hostage and claims to be armed with some kind of weapon and an explosive. Thaxton has been constantly updating his Facebook as the crime is in progress, according to Police Chief Nate Harper.

Harper asks that Facebook users refrain from commenting on Thaxton’s posts while the situation is ongoing. Peek below and you’ll see why.

Here are some screenshots of his posts. You can jog over to WTAE for continuing streaming coverage on the incident. 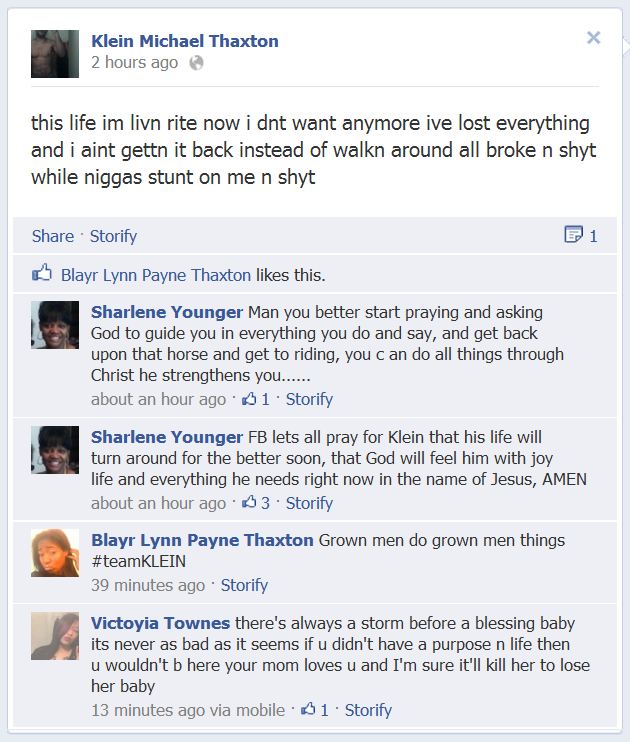 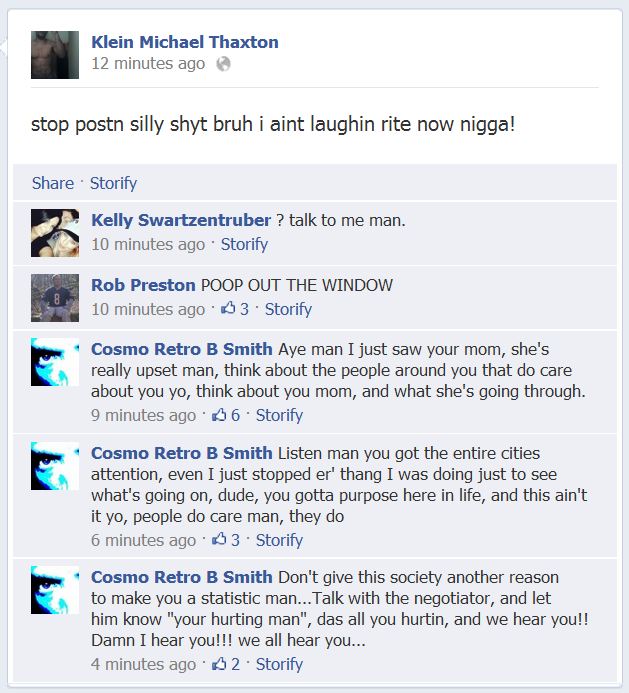 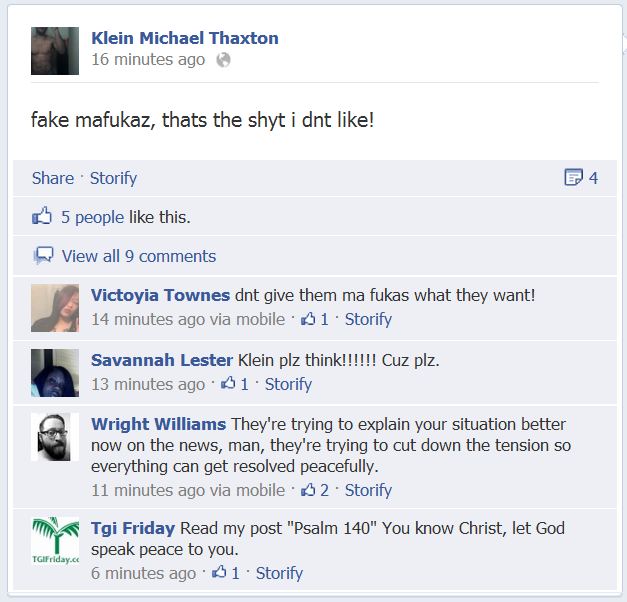