Study: Young People Tweet From The Toilet A Lot (We...

We finally know what our teenagers are doing in the bathroom that takes them so freakishly long: They’re tweeting.

According to a new Nielsen report, 40 percent of young adults between the ages of 18 and 24 use social networks like Twitter and Facebook while they’re on the john, compared to a mere 21 percent of overall respondents.

That’s probably because the slightly older set understands that taking too long on the can could very well lead to hemorrhoids and other gross butt conditions. Take it from your elders, toilet tweeters: Get in and get out.

If you’re a Millennial and currently reading this article from the john, please share using the buttons on the upper left side of the page. Also, here’s a funny photo of a kid stuck in a toilet that I found on Flickr: 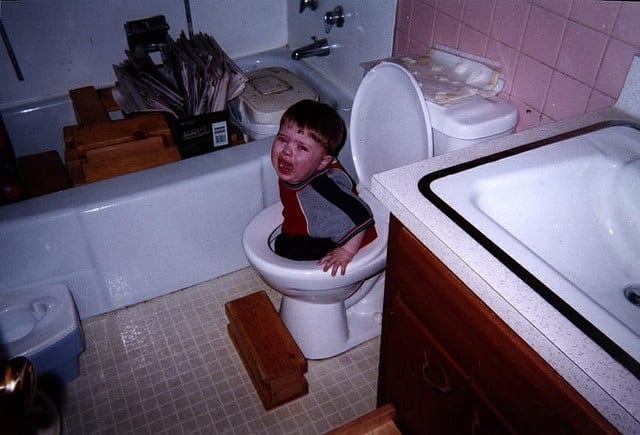