Drake was supposed to be on the cover of Rolling Stone this month but then Philip Seymour Hoffman went ahead and died and stole the magazine’s coveted spot. 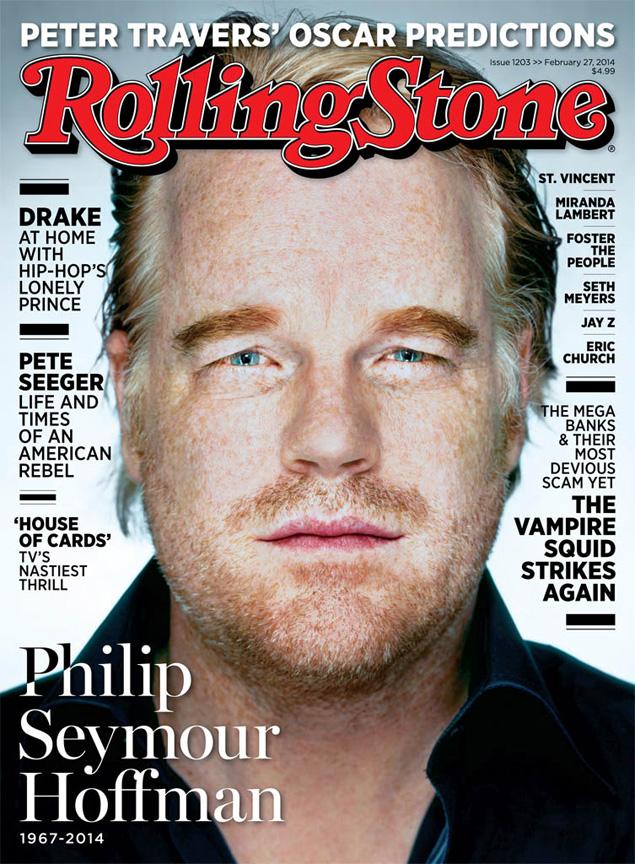 How inconvenient for Drake…

The singer wrote on Twitter that he was done with magazine interviews after Rolling Stone mistreated him. In addition to dropping him from the cover, the magazine also reportedly misquoted him about Kanye West.

In a series of tweets, Drake wrote: “I never commented on Yeezus for my interview portion of Rolling Stone. They also took my cover from me last minute and ran the issue. I’m disgusted with that. RIP to Phillip Seymour Hoffman. All Respect due. But the press is evil.”

Drake has deleted the tweets about Yeezus and Philip Seymour Hoffman but not before a few screenshots were captured. 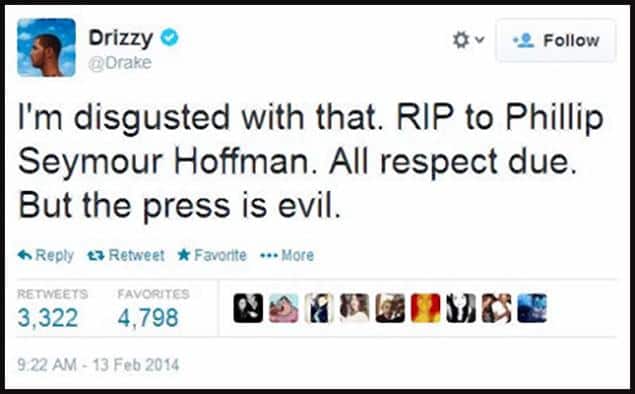 Drake may have deleted his tweets but the musician seems serious about his new anti-magazine stance. Earlier today, Drizzy posted this on Twitter.

I’m done doing interviews for magazines. I just want to give my music to the people. That’s the only way my message gets across accurately.

Do you think Drake’s tweets were insensitive? He was obviously upset that he lost his magazine cover and probably wasn’t thinking straight when he hit send. Still, you’d think he’d have a little more respect for the recently deceased.