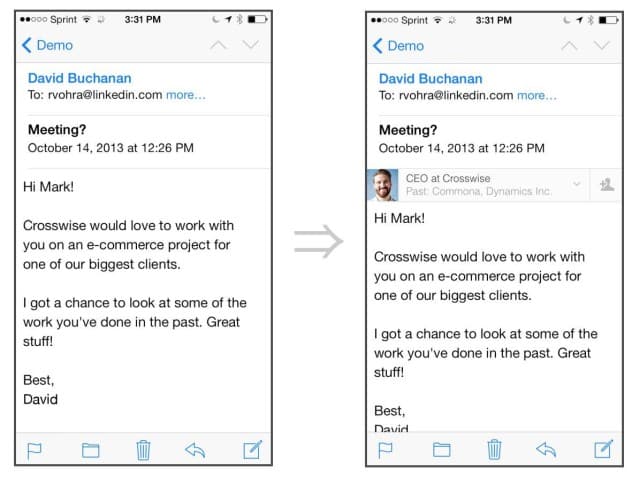 The controversial LinkedIn Intro feature has made its exit just several months after it debuted. The program which embedded LinkedIn profiles inside the iOS Mail app was viewed as invasive by many users.

While the LinkedIn Intro platform was a well designed offering, it was considered a potential security risk by many experts.

The company says the Intro solution will shut down on March 7. LinkedIn officials have not acknowledged any security risks, instead claiming that they want to focus more on other core projects.
In a blog post titled “Doing Fewer Things Better” the company writes:

“While Intro is going away, we will continue to work on bringing the power of LinkedIn to wherever our members work. Email, where the average professional spends more than a quarter of their time, is one of those places, so we’ll continue to look for ways to bring this kind of functionality to our members through existing partnerships. Users of Intro will be able to uninstall it between now and March 7 and switch back to their previous mail accounts. Members can continue to use Rapportive, which brings the power of LinkedIn to Gmail.”

News of the shutdown arrives only a short time after LinkedIn acquired social jobs matching service ‘Bright’ for $120 million.